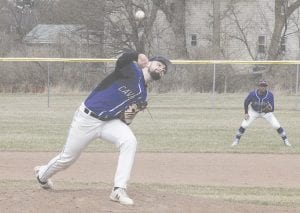 SWARTZ CREEK – Carman- Ainsworth baseball was handed an 11-1 loss against Swartz Creek last Wednesday. Swartz Creek took a 6-1 lead in the first and added three runs in the second, one in the fourth and one in the sixth.

The Cavaliers had just two hits on the game. Harrison Hogan had a hit and an RBI. Logan Brassaw had a hit and scored the only run for Carman- Ainsworth.

Carman-Ainsworth, 0-3, is at Grand Blanc today and will host Bendle on Monday.