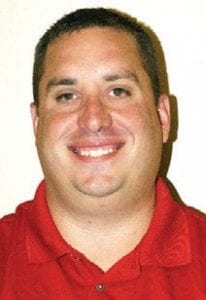 LAPEER
— The View Newspapers Group is pleased to announce the addition of Bryan Bassett to the sports staff.

Bassett, a 1996 Millington grad and current girls’ and boys’ varsity soccer coach, previously wrote for the Lapeer County Press under former sports editor Andrew Selich during the 2007-2009 seasons. His familiarity with the high schools and coaches in our expanding coverage area is a bonus, and he can jump right in and hit the ground running.

Bassett also was a sports reporter for the Tuscola County Advertiser from 2003-2007. He has skippered the girls’ soccer program at Millington since 2001 and the boys’ program since 2005.

“I am happy and excited to be back in the Lapeer area covering sports,” Bassett said. “My previous experience was fantastic, and I am looking forward to strengthening the ties I have in this area and working to bring the best sports coverage to some of the best prep fans around.”

Bassett can be reached at bbassett@