Battle against Ohio goes to Ohio 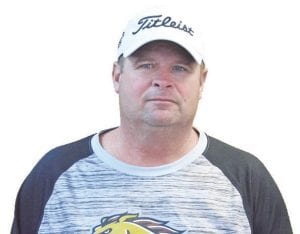 The Fat Guy’s favorite holiday is here on Thursday with Thanksgiving and football on tap! It seems like I am missing something? Oh, yeah…the Fat Guy favorite on the dinner table called TURKEY! Gobble Gobble.

However, what Thanksgiving brings me every year is early newspapers deadlines.

I am here on Sunday morning punching keys and having a coffee. Because of that, there will be no Fat Guy NFL selections this week. I am happy about that, as I have stunk this year, which bothers me immensely. I am sure nobody will miss losing selections unless you are going against me on a weekly basis.

Let’s get into some college football instead.

I think there is a big game in Ann Arbor on Saturday. Let’s look at Michigan State first, as a win against a pitiful Maryland team will make Sparty eligible for a Flea Bag Bowl.

The Spartans will end the regular season against Maryland at home with a 3:30 p.m. kickoff on Saturday afternoon.

The Mark Dantonio rumors will also begin again on Sunday, I believe. I personally hope he stays, because he has deserved a chance to turn the Spartans around. The job he has done at MSU over the past decade has been really good.

I know we live in a “What have you done for me lately world”, but my gut is, he stays. I would love to hear from the MSU faithful on this coaching situation.

The history of The Game, as many call it, between Michigan and Ohio State is one of the greatest rivalries in all of sports.

The first-ever meeting was in 1897, a 34-0 Michigan victory. The Snow Bowl in 1950 in Columbus, Ohio featured 45 punts and Michigan won the game 9-3 without gaining a first down or completing a forward pass. Who endured the elements to watch that football game in their cold metal bleacher seats?

The loss by Ohio State in the Snow Bowl brought OSU a new coach in Woody Hayes.

The Ten-Year-War era was 1969-1978 with Woody and Bo Schembechler on the sidelines in some of the greatest games ever played in this rivalry.

Bo’s 1969 team upset an Ohio State team riding a 22-game winning streak. The 2006 Game of the Century was No. 1 Ohio State vs No. 2 Michigan, both 11-0, and OSU wins it 42-39. I can say one could write numerous stories on these epic battles between OSU and U of M on the gridiron since 1897. Let’s be honest, though. The Buckeyes have totally dominated Michigan in the last 15 years.

It is similar to how Michigan dominated Coach Jon Cooper when he was at Ohio State between 1988- 2000.

What is going to happen this Saturday at high noon? One thing we do know is Jimmy Harbaugh has yet to defeat the Buckeyes since taking the Michigan coaching job. A trend not sitting well with the Michigan faithful, for sure.

I think Michigan will be about a 10 to 13-point underdog when the boys from Vegas release their odds. Michigan is playing much better offensive football in the last month then earlier in the season. The Wolverines also have not been protecting the football and not turning it over.

The Michigan defense is better, but do I trust them against the high-octane Ohio State offense?

The way Ohio State crushed them with the shallow cross last year was disgusting. The Michigan defense better keep an eye on OSU quarterback Justin Fields running out of the pocket, as he is very dangerous. Let’s be honest. Ohio State is the more talented football team and a Michigan upset would be nice.

I don’t see it happening, though! The prediction: Buckeyes Again 34 and Michigan Loses Again 24.