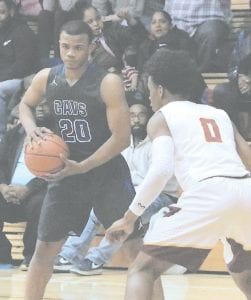 AREAWIDE – Multiple area athletes were recognized for both their athletic and academic achievements over the last season in the Basketball Coaches Association of Michigan (BCAM) 2018 season awards that were published recently.

Both DelCampo and Capac’s Andrew Sams were named to the Individual Academic All-State teams for the 2018 season. To qualify, players needed to be nominated by their coach, be either a junior or senior, have at least a 3.5 GPA and be listed on one of the All-State teams by either the Associated Press, Detroit News, Detroit Free Press or BCAM. DelCampo boasted a 3.89 GPA for the season while Sams had a 3.5.

North Branch’s Riley Bugg finished tied for sixth in the Top Individual 3-Point Field Goal Shooter award, making 24 of his 51 shots from downtown to finish just over 47% from deep for the season.

The BCAM also named its Team First award winners, which were given to one player or member per varsity team who is chosen by their coach. The BCAM notes, “this player should be the team member that exemplifies putting team before self, teamwork, commitment, service and sacrifice.”

The Outstanding Senior Athlete award was given out as well to seniors that played all four years of high school basketball and have a cumulative GPA of 3.8. Capac’s Witt, Dryden’s DelCampo, Drew Fleming of Davison and Benjamin Locey of Goodrich all received the award.

Coaches were also recognized during the 2018 BCAM awards, with Carman- Ainsworth’s Jay Witham being named the Regional Coach of the Year for Region 11. Regional Coaches of the Year are determined each season by BCAM member voting.

For full lists of each award, visit www.bcam.org/content/2018-bcam-awards-published.