Be smart about antibiotic use 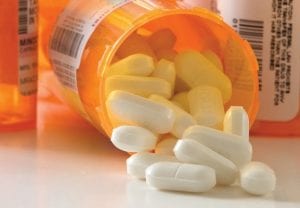 When used correctly, antibiotics and similar drugs known as antimicrobial agents can alleviate infections caused by various bacteria and some types of fungi and parasites. The Centers for Disease Control and Prevention says that these drugs have been used successfully for the last 70 years to treat patients with infectious diseases.

But antibiotics cannot treat illnesses stemming from viruses, which include most colds and the flu.

As effective as antibiotics can be, antibiotic resistance is a growing problem. The CDC reports that at least two million people become infected with bacteria that have become resistant to antibiotics, and roughly 23,000 people die each year as a result of these types of infections. An April 2014 report from the World Health Organization stated, ‘This serious threat is no longer a prediction for the future, it is happening right now in every region of the world and has the potential to affect anyone, of any age, in any country. It is now a major threat to public health.’

The Alliance for the Prudent Use of Antibiotics says antibiotic resistance occurs when an antibiotic has lost its ability to effectively control or kill bacterial growth. The three main ways resistance develops include natural resistance to certain types of antibiotics, genetic mutation or through the acquisition of resistance from another bacterium. This resistance can occur spontaneously or through misuse of antibiotics or antimicrobials. Prescription medications are not always the culprits, either. Antibiotic use in livestock and food production also may contribute to resistance.

When antibiotic resistance occurs, a stronger drug may be needed to treat an infection that was once taken care of by a milder medication.

Prudent antibiotic use can help prevent the recurrence of resistance. Individuals can help the process in a number of ways. • Become educated. The health resource Medscape, powered by WebMD, says in a recent survey of 796 clinicians, 42 percent of doctors have admitted to prescribing antibiotics 10 to 24 percent of the time even when they are not sure they are necessary. Patient request is a large factor in such offerings. About 25 percent of patients ask their doctor or nurse for antibiotics. Patients who educate themselves about the proper application of antibiotics may be less likely to request them, and that can help prevent the development of a resistance.

• Confirm need. Only take antibiotics when a bacteria-, parasite- or fungus-based illness is identified. These illnesses may include strep throat, urinary tract infections or ear infections.

• Take a wait-and-see approach. Wait for lab results to come back for strep throat or other cultures to see if you need an antibiotic. Many viral-based illnesses will go away within two weeks’ time.

• Adhere to dosage guidelines. When prescribed antibiotics for an infection, take them as directed, making sure you complete the dosage cycle. Do not stop simply because you feel better. Stopping early may not be enough to effectively kill the bacteria and may contribute to resistance in the future.

Antibiotic abuse and resistance are concerns that can be addressed by becoming informed and making smart medication choices.