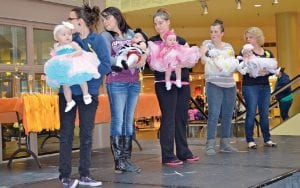 Baby girls under age one drew the most competitors. All were dolled up in their Sunday best with adorable headgear.

FLINT TWP. — Like a bouquet of spring flowers brightening up on a drab winter day, several winsome children and their parents turned out Saturday to compete in the preliminary Sunburst Beauty Pageant and Model Search held at Genesee Valley Center mall. Winners were crowned in age categories ranging from beautiful babies under age one through the Miss/Married group of women ages 18-27.

Each contestant was judged on beauty, overall appearance and personality. Medals were awarded for prettiest hair, prettiest eyes, best attire and other attributes. Winners in each category received a tiara and trophy plus a paid $250 entry fee to participate in the state finals in May in Livonia. State winners will go on to compete in Atlanta in August for top tier prizes at the Sunburst International finals. 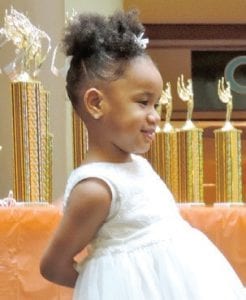 This little doll and eventual winner shows how to appeal to the judges. 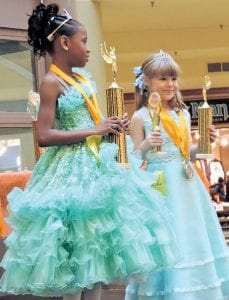 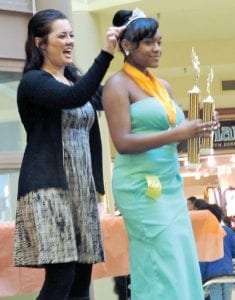 The winner is crowned in the 14-17-year old category. 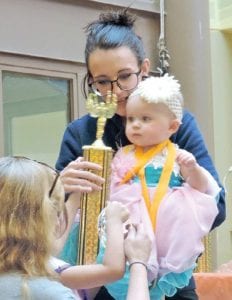 This little doll was crowned queen in the Baby Under One Year Old category.