Bednarski seeking trustee seat on Board of Trustees 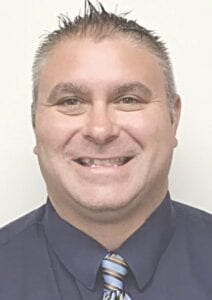 DAVISON TWP. — As a longtime teacher, and school administrator, Scott Bednarski has always taught his students to do their civic duty and be engaged in their local government.

That same message has turned into reality for Bednarski as he has announced he will be seeking a seat as trustee on the Davison Township Board of Trustees.

Bednarski has lived in Davison Township for nearly 20 years. He obtained his Bachelor’s degree in Elementary Education from the University of Michigan, Masters in the Art of Teaching from Marygrove College and his Educational Specialist Degree from the University of Michigan (Ed.S). In addition to his college degrees, he has also completed the Administrative Academy through the GISD.

He began his teaching career in the Flint Community Schools at Manley Elementary. He left for the Bentley Community Schools where he taught middle school Social Studies for 15 years. He currently serves as both the Athletic Director and Assistant Principal for Bentley High School.

Bednarski is also the owner of Happy Ogre Entertainment and is very active in the community and has sponsored many baseball teams in the Davison Youth Baseball League over the years.

He has been married to his wife Tamara for 15 years and they have two children who attend the Davison Community Schools.

“I would like to take my administrative experience and put it to use for the residents of Davison Township as their trustee” said Bednarski.

He said he thinks he can offer a fresh perspective with new ideas on the township board. He says he will be focused on three things: growth, opportunity and prosperity.

Bednarski said he thinks the recent appointments on the board have not given the residents the proper voice.

“In the last four years alone, we have appointed two supervisors, a clerk, and trustee. The people have not had a say in this at the ballot box,” Bednarski said. He adds he will stay in his position if elected and stop the musical chairs.

“I want Davison Township to be a place to live, work and play for future generations for many years to come. Change starts Aug. 4 and I ask for your vote in the primary,” said Bednarski.

In the primary, Bednarski will vie to be on the Republican November ballot for two open trustees seat with incumbent Matthew Karr and candidate Lori Tallman.

Editor’s note: Those wishing to announce their candidacy for office should email ggould@mihomepaper.com.