Beilein says so long to Wolverines 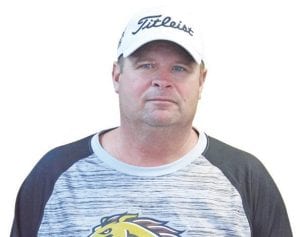 The stunner comes straight from Ann Arbor, Michigan where John Beilein is leaving the Michigan Wolverines for the NBA. John will be heading to the Cleveland Cavaliers as the new head coach. John Beilein has coached at every level of basketball. He started in high school hoops, followed by Junior College and three divisions of college basketball. John has compiled an 829-468 record in college basketball, which is pretty impressive and proves he’s a winning coach. I say Michigan was lucky to have John as coach for twelve years. He took Michigan to the Final Four twice and lost in the championship game both times. He also took Michigan to four Big Ten Tournament titles and four regular season titles. I wish coach Beilein all the success in the NBA and he will need it coaching the Cleveland Cavaliers. I am not shocked by the departure as John sniffed around the Orlando and Detroit NBA head coaching jobs last season. The Michigan Wolverines will now conduct a national coaching search to lead their program this coming season. The million-dollar question is, who will it be? Stay tuned.

The NBA conference finals are all set as we are down to four basketball teams. The Western Conference Finals matchup is the Golden State Warriors and the Portland Trailblazers. I miss calling them the “Jailblazers” so much! This series will be over in five games even if Kevin Durant’s injury lingers on, as Portland is over matched. The Houston Rockets could not defeat the Warriors and they are a better basketball team than Portland. How does Houston lose Game Six at home with Durant not playing for the Warriors? Shame on the Rockets; a total disgrace if you ask me. The Eastern Conference has the Milwaukee Bucks and the Toronto Raptors hooking up. The Bucks ripped the Celtics and are well rested. The Raptors needed seven games to dispose of the Philadelphia basketball team. It actually was a Game Seven buzzer-beater. I love the Bucks and the “Greek Freak” to win this series easily! I think six games, but winning in five would not shock me. I am looking at a Milwaukee and Golden State NBA Finals!

The NHL in the Eastern Conference looks like the end of the road for the Carolina Hurricanes. The Boston Bruins are dominating the Canes in the first two games and Carolina looks over-matched so far. Can the Hurricanes get back into the series with home ice? I see the Boston Bruins winning this thing in five games. The Western Conference is the San Jose Sharks and the St. Louis Blues. The Blues were crushed by the Sharks in Game One. I still like the Blues to come back and win this series in seven grueling hockey games. I thought St. Louis drifted away from the tough defensive hockey style in Game One that they usually play. I expect a tremendous series between these two teams.

The PGA Championship is headed to Bethpage this weekend. This golf course also hosted the United States Open in 2002 and 2009. The storyline is will Tiger Woods win back to back majors? The boys in Vegas have listed Tiger as the favorite at 8-1. A Tiger Woods win would tie him with Jack Nicklaus for PGA Championships with five. Who wins the Wanamaker Trophy this weekend? I think Dustin Johnson at 10-1 or Rickie Fowler at 16-1 are my selections this weekend. I say Rickie it’s about time you break through and win a major! I say Tiger Woods is out of the top ten this weekend on a huge fat gut hunch!

The 144th Preakness Stakes will run Saturday minus the Derby winner, Country House, and the disqualified winner, Maximum Security. A horse to keep an eye on is local contender Alwaysmining, who has crossed the finish line first six times in a row. The horse Improbable will gather plenty of attention from the betting public on Saturday. I like the chances of War of Will in the Preakness on Saturday. Here is how I see the race in this order: 1. Improbable 2. War of Will 3. Alwaysmining 4. Win Win Win. May all your bets cash and enjoy the race. thefatguy@mihomepaper.com