Being on sick leave no vacation 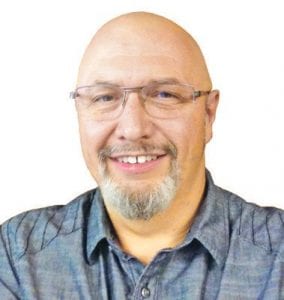 For two months I’ve been off work dealing with health problems, but I’m happy to say I’m back – though still on the mend. I know some people might find two months off work to be like a vacation, but after just a couple weeks I was ready to return to my duties.

My body, however, had different plans for me.

After a hospital stay I spent more than a month at home just trying to build myself back up. This left me with very little to do while convalescing, other than to lay on the couch every day and watch marathons of reality television.

I learned a lot during my time of being subjected to these programs, it was almost educational – at least in the beginning.

My first crash course was in buying distressed real estate and rehabilitating it into someone’s dream house. I’m talking of course the home renovation and “flipping” shows you find on HGTV.

What I found most amusing about those shows is the people who ask the hosts to find a house for them and then “flip” it with a total renovation, but can’t seem to keep within their budget. Also, after seeing these shows most people should realize they are going to run into major structural issues – like termites, outdated electrical wiring, bad roofs and foundation problems.

When I tired of watching home remodeling shows, I discovered there are a lot more people than I imagined living in the Alaskan wilderness. They’re everywhere. They live off the land, brave terrible winters, face down wolves and bears and find unique ways to make themselves what little cash they need to survive.

I found the Alaskan shows to be interesting, but I’ve decided the lifestyle isn’t for me. I need important stuff like Internet, cellular services and food I don’t have to kill and drag through the frozen tundra to eat. I don’t even like going to the grocery store in temperatures below 32 degrees, let alone hiking across the Alaska wilderness to kill and drag home a moose.

I moved on from Alaska after a while and discovered the world of picking. Pickers are guys who go around the country seeking “treasures” among other people’s hoarded junk. I couldn’t believe some of the “collectors” on these shows. They stashed years worth of junk and clutter in their homes, polebarns and garages. Indeed, some of it turned out to be valuable, but honestly I saw much of it as trash.

When I neared the end of my sick leave I was watching show on NatGeo which had to do with the prison system, drugs and gangs. It’s always interesting to see how the penal system works and what happens to put so many people there, but the only thing I walked away from these shows with was thankfulness I was not in a maximum security prison, where you spend every day hoping you don’t get shanked. I also decided the “thug life” is not for me, selling drugs and gunning people down in drive-by shootings.

Returning to work last week was a major relief, because I actually found I missed being here. So leaving the world of reality TV behind me, it did leave me one question – why isn’t there a reality show about small town newspaper reporters?

Probably because we’re really not that interesting, but we can be a heck of a lot of fun. ggould@mihomepaper.com