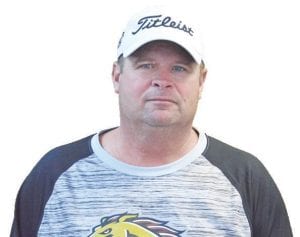 The sports world for the last 30 days has been disrupted due to the coronavirus and COVID-19. I believe, as my best-case scenario, the sports world will stay idle until the middle of May. And I really don’t give the middle of May much of a shot, to be honest. I think baseball could be the first one to resume, but that is just my opinion. The only reason I say that is because they play outdoors.

However, what the heck do I know anyways?

I found an interesting poll done by Seton Hall University’s Stillman School of Business. The poll, conducted by telephone on April 6-8 with 762 respondents, asked if respondents would attend a sporting event without a vaccine for Coronavirus. The answer was 72% would not attend without a vaccine. I would say that is a pretty large number! The amount of people who would attend with social distancing was 12% and 13% said they would attend games just like they always did. I know the sample size was small but it gives you an idea where the minds of sports fans are it, doesn’t it?

The Naismith Memorial Basketball Hall of Fame Class of 2020 was announced a couple weeks ago. Let’s look at this year’s class for August 29th enshrinement in Springfield, Massachusetts.

The first on the docket is Tim Duncan, the ultimate man in fundamentals, so much so that he earned the nickname The Big Fundamental. Duncan played all 19 seasons in San Antonio. I love it when a player plays their entire career in one city, on one team! It is so rare with free agency available to the players. Tim Duncan was a five-time NBA Champion, two-time MVP, and 15 time NBA All-Star. I loved that Duncan played the game the right way — no ego and total team player. I guess that might be why he has five rings!

The next man up is Kevin Garnett, an All-Star for 15 years along with one MVP during his long 21-year NBA career. Garnett played on one world title team with the Boston Celtics in 2008. The Boston Celtics, from the 2007-08 through 2011-12 seasons were known for the “Big Three” of Paul

Pierce, Ray Allen and Kevin Garnett, who had his own big nickname – The Big Ticket. Garnett’s career was spent with three teams: the Minnesota Timberwolves, Boston Celtics and Brooklyn Nets. I will say, Garnett played with anger and attitude on the court. Nobody questioned his will to win. The death of Kobe Bryant makes his induction to the Hall of Fame bittersweet for NBA fans. I watched Kobe Bryant’s entire career and he was as clutch as they came when shooting the basketball. The work ethic of Kobe and his drive on the basketball court is well known and well-documented. Bryant is another player who spent his entire NBA career with one team, the L.A. Lakers. He was a five-time champion, along with being named an All-Star 18 times in the NBA. Kobe also added one MVP to his resume. The fact is, Kobe left this world way too soon but his legend as an NBA player will always be remembered. I loved watching Kobe!

Tamika Catchings, the 10-time WNBA All-Star. Catchings, who played her entire 15-year WNBA career with the Indiana Fever, also took the Tennessee Volunteers to a National Title before turning pro.

Division II coach Barbara Stevens of Bentley University has spent 40 years at the school. Stevens has amassed over 1,000 wins which is a staggering amount.

The great Eddie Sutton, who is one of 10 Division I coaches with over 800 wins, is going into the Hall of Fame. Eddie was named four times as the NCAA coach of the year.

The Michigan man from 1967-1970, Rudy Tomjanovich will be inducted. He was a player and coach for the Houston Rockets. Rudy took the Rockets, as a coach, to the NBA title twice. Let’s not forget Rudy was the man punched in the face during a game in 1977 by Kermit Washington. I actually remember the incident, it was huge sports news at the time.

Congratulations to all the Basketball Hall of Fame Class of 2020.