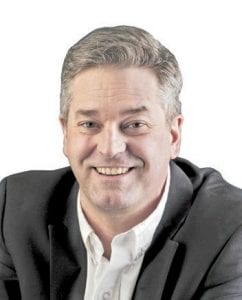 For the last 20 years or so, my ridiculously judgmental and inevitably correct alter ego – The Grammar Phantom – has fought a lonely battle to expose and shame those who mangle the language, both written and spoken, including but not limited to:

First degree apostrophe abusers – These are the people – bless their illiterate souls – who simply cannot figure out when to use and when not to use apostrophes, so they use them randomly – or not at all – and hope they get it right, which they seldom do. For instance, Joes Taco’s, which was an honest to gosh sign spotted and reported to the Grammar Phantom years ago by one of his sidekicks, who are known collectively as The Apostrophes. Joes Taco’s is brilliant in that it illustrates – in two short words – both of the major abuses routinely suffered by the poor apostrophe, which never did anything to anybody. If you can’t identify both abuses, the Grammar Phantom weeps for you.

Cutesy spellers – For instance, florists who spell the word bouquet phonetically, making it “bokay.” The Grammar Phantom cannot tell you how much that bothers him because if he was to attempt to his head would explode out of sheer frustration, and no one needs little bits of Grammar Phantom gray matter all over them. Suffice it to say the Grammar Phantom will never buy the lovely yet formidable Marcia a “bokay” because she, too, thinks willful ignorance in pursuit of folksiness is “stoopid.”

Syllable splitters – Take the word mitten. You and I would say it just like that – mitten. Millennials, however, will more often than not pronounce it mitt-EN, almost like it’s two words instead of one. They do this with many words with short last syllables, making it sound like English is not their native tongue. Why, no one knows. But the Grammar Phantom (who by the way lives near a town called Burt-EN) suspects they were dropped on their heads as children. Or they know it irritates people over the age of 40. Maybe both.

None of these garden variety abuses, however, are what roused the Grammar Phantom to life after several years of inaction. What did stir him to rise, ride and criticize once again was, oddly enough, a string of texts with his teenage daughter.

To which she replied, “are you mad at me” To which the Grammar Phantom, puzzled, replied, “No, why?”

To which she replied, “Cuz you said k instead of kk”

To which she replied, “In texts one k means you’re angry two kks says you’re cool with it”

The Grammar Phantom is sorry, but he thinks both of those things are plain stupid.

Or should he say “stoopid?”

Wanna be an Apostrophe? You’re in. All you have to do is email me examples of language abuse (not including those that, ahem, inadvertently pop up in the Grammar Phantom’s work – no one likes a smart aleck) to andrewhellercolumn@gmail.com.