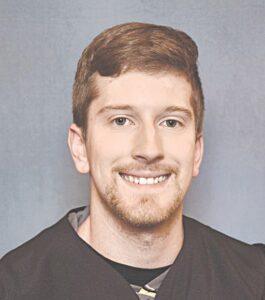 Holiday shopping has a certain romanticized image to it. We often think of families strolling together hand in hand through the mall or big box store, exchanging “Merry Christmas” and “Happy Holidays” with other shoppers and finding just the perfect gifts for loved ones and friends.

But Black Friday, the official start of the holiday shopping season, sometimes conveys a totally different reputation. That is, an image of chaos.

I’m sure you’ve seen the viral videos and photos of Black Friday mayhem. It’s not a pretty sight. Customers swarming into stores as soon as the doors open in the wee hours of Black Friday morning… shoppers fighting over everything from big screen TVs to Nike shoes…people trampling each other in the checkout lane, all in a mad dash to escape with their heavily discounted bounty.

Sure, that level of pandemonium doesn’t happen everywhere on Black Friday. But it can strike without warning.

If you dare to venture out to the stores on Black Friday, be sure to avoid these types of customers who tend to stir up the most trouble:

When Black Friday rolls around, the anxiety level for some shoppers rachets up another notch. This is especially true for the Cart Crasher. You know the type. They’re the people who whizz around the store at high speeds and slam their shopping cart head-on into yours— without offering anything resembling an apology or even a grunt. A cart is a lethal weapon in their hands any day of the year, but with the congestion of Black Friday shopping, they’re doubly dangerous. They’ll use that cart like a battering ram to battle through the crowds, crashing into displays and busting the kneecaps of anyone unlucky enough to get in their way. If you see a Cart Crasher barreling toward you, there’s only one thing to do…run!

We’ve probably all encountered an Aisle Hog at one time or another.

They’re the shoppers who take up all the space in an aisle with their cart or hover in one area for far too long as they obsessively compare prices. Aisle Hogs are rude and annoying on any given day, but Black Friday seems to make them even more stubborn and possessive of their precious space.

Politely asking an Aisle Hog to move over is like dumping gasoline on a roaring campfire. Expect to feel the wrath of a tongue-lashing accompanied by some colorful language. Best advice: Just leave them be.

The Bargain Snatcher: The Bargain Snatcher might be the most desperate and volatile shopper you’ll meet on Black Friday. You see, Bargain Snatchers will do anything to get their hands on marked-down merchandise. Even if it means climbing up a shelf, reaching over the top of you and ripping something out of your hands.

If you encounter a Snatcher who’s clawing for an item you just picked off the shelf, you have two options: Stand your ground and tell them to back off or give up the loot and beat a hasty retreat. Whatever the case, choose wisely and think fast, or you might find yourself all black and blue on Black Friday.

Take it from me. There’s a reason I stay home on Black Friday to watch football and stuff my face with pumpkin pie. Black Friday shopping is just too unpredictable, too dangerous. You never know when you might get caught up in an all-out brawl at the mall…or come face to face with a crazed Crasher, Hog or Snatcher.

Ben Gagnon is reporter with View Newspaper Group and the Genesee County View. You can contact him at bgagnon@mihomepaper.com.