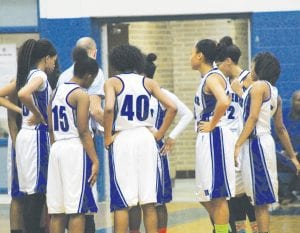 Carman-Ainsworth was back on the court Monday night for the first time since Dec. 18.

The Lady Cavs posted their highest score of the season and are averaging 60 points a game, led by McDonald’s 28.3 average.

Carman-Ainsworth, 5-2, will take a three-game win streak to Saginaw Nouvel tonight for a