Bikes on the Bricks makes a donation 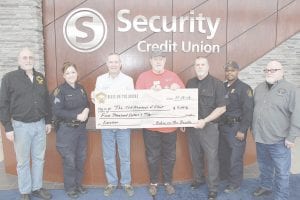