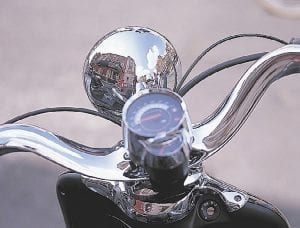 FLINT TWP. — If the spectacle and sport of the Back to the Bricks annual car show leaves you revved up for more, come on back next month for the Bikes on the Bricks motorcycle festival, organized by the Flint Area Convention & Visitors Bureau.

The Board of Trustees has given the green light for township roads to be used during a bike ride for the fifth annual Bikes on the Bricks event September 23-25.

As part of activities planned, a 40-mile, police-escorted ride through Genesee County will begin at 4 p.m. on Sept. 24 at Vehicle City Harley-Davidson on Austin Parkway, off Miller Road, and end on the bricks in downtown Flint.

On the Flint Township leg of the ride, motorcyclists will travel from Austin Parkway north to Hogarth Avenue, west to Utley Road, north to Arlene/Augusta streets, west to Graham Road, north to West Court Street and west to Elms Road, according to route information submitted with the road-use application.

From there, the route through other jurisdictions goes north on Elms to Mt. Morris Road, east to Irish Road, south to Lapeer Road, west to Averill Road, north to East Court Street and west to South Saginaw Street where most BOTB activities will take place.

About 60 police officers will escort the riders.

A motorcycle show and police skills competition will be part of Sunday’s activities.

More information about registration and a schedule of events can be found online at www.bikesonthebricks.com.