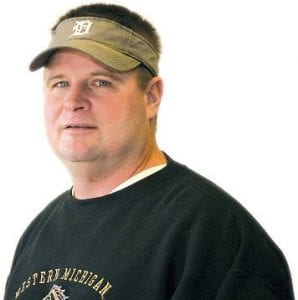 The NFL labor issues continue to grab the off-season headlines. I realize they met for seven straight days, but the players and the owners are no closer to an agreement than I am to giving up Oreos.

This process, NFL fans, could be dragged out for months before something is resolved. My advice is to prepare yourself mentally for zero NFL football action for awhile. I call it the battle of billionaires against millionaires. What has gone down is the releasing of numerous high profile football players by their respective teams. So far, the New York Jets and Chicago Bears have dumped a ton of salary and big name players. I feel as though in the next few more days there are more to come. One thing that is 100 percent positive is the NFL Draft is going on as scheduled.

This past week the NFL Scouting Combine has moved college players stock up and down. Cam Newton doesn’t know if he is a football player or an iconic entertainer. I didn’t see him in the Dancing with the Stars contestants. Hines Ward made it though. What kind of statement is that by Newton? I really question how bright he is as a person. He talks in the third person, which would make me nervous if I was an NFL team looking to draft him. My huge gut feeling is Mr. Newton will not be much of a NFL quarterback. Just my opinion folks. I also believe the Scouting Combine is not always a true measure of whether or not a guy can play NFL football. The 40-yard dash and shuttle drill can be way overrated. Let’s all hope the Detroit Lions just pick a nice player when it’s their turn to select a player. Stay tuned.

The NHL trade deadline passed by on Tuesday and the Detroit Red Wings stood pat with their hockey team. I was thinking (scary thought, right, me thinking) it’s the first time in years the Red Wings have not made a trade at the deadline. Detroit has always been an active team looking for more depth at the deadline. I guess Kenny Holland and Mike Babcock feel real comfortable with this year’s Red Wings hockey club. I have to agree, actually.

The Red Wings have a super mix of youth and veterans to make a run in the spring at the Stanley Cup. Health and more health is the key for the Red Wings in the next few months.

One more key will be Jimmy Howard’s performance between the pipes in the playoffs. Howard needs to elevate his game come April, May, and June. I know this, Jimmy’s bank account has been elevated by millions. The Detroit Red Wings must believe in Jimmy, as he was rewarded with a two-year $4.5 million deal. A nice pay day, if you ask me! I like the deal, and now it’s Howard’s turn to prove he is worth the money. We as "Wing Nuts" will know if he was worth it come June, hopefully.

How about the play of Pavel Datsyuk since his return from injury. He is one H-E-double-hockey-sticks of a hockey player. He is every bit as good as "Cindy Crosby". I love Detroit’s chances of bringing home the "Holy Grail" back to Hockeytown!

A Michigan State and Michigan showdown on the hardwood at Crisler Arena will take place on Saturday. The ramifications of the game could be large. MSU sits at 8-8 in the Big Ten, 18-12 overall with a game against Iowa on Wednesday. Michigan is 8-9 in the Big Ten, 18-12 overall. I feel this is a huge game for both teams if the NCAA Tournament is their aspiration. The loser of the game will need to win games in the Big Ten Tournament to get to the "Big Dance". The place should be rocking and a packed house, guaranteed for sure. The Big East, by the way, should have 11 teams make the NCAA Tournament! How about that for a power conference? I am impressed.

Miguel Cabrera made his spring training debut on Monday as the designated hitter. The word designated should be in front of the word driver also for Miguel. Oh well, we shall see how this all plays out for Miguel..