Board wants to Buy Local 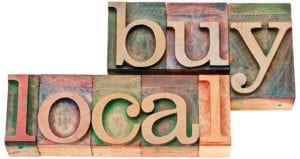 FLINT TWP. — Buy Local is the mindset of the township board, at least when it comes to purchasing police cars.

On a motion by Trustee George Menoutes, the board agreed to postpone the purchase of a replacement police vehicle to allow more time for local dealerships to submit bids.

Lt. Robert Batinkoff presented to the board a request to purchase a 2016 Chevrolet Impala for $18,488.50. The price was obtained through the Oakland County Competitive Bid process and selected vendor was Berger Chevrolet in Grand Rapids.

The car would replace a 2008 Dodge Charger with 138,546 miles on it that was totaled in an accident in January after sustaining major rear end damage. Insurance reimbursement would cover $9,100 of the replacement vehicle cost with the remaining $9,388.50 coming from the police department budget.

Lt. Batinkoff would use it as an unmarked administrative police vehicle. He said that other options were considered, including purchasing a used vehicle with 30,000 miles on it, before settling on the new vehicle because it was priced at only $3,000 more than the used one. It was determined to be the best value, Batinkoff said.

But after approving out-of-town vehicle purchases last month, the township board asked Police Chief George Sippert to look into trying to include local dealerships in the bid process.

Batinkoff said local dealerships — Randy Wise and Patsy Lou Williamson — were contacted about used car prices but he was not certain if they were included in the new car bid process.

Batinkoff said the car proposed for purchase was priced low because it is a 2014 fleet body style. The question is whether the local dealerships can match the price offered for the fleet vehicle. Typically, bidding dealerships make money through volume sales not price matching.

Township Supervisor Karyn Miller suggested looking at used car prices. The replacement vehicle would not be a patrol car involved in chases and such, she said. She suggested consulting local dealers about prices for a good used car that would serve the purpose and only require spending the insurance money.

Menoutes asked Batinkoff if he would be willing to drive a 2014 model instead of a 2016 ad perhaps save some money.

Batinkoff said he would drive whatever vehicle is assigned to him.