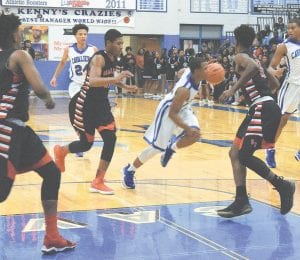 Flint jumped to a 15-13 lead after the first quarter, but Carman-Ainsworth bounced back before halftime, going on a 16-7 run to take a 29-22 lead into halftime.

Both teams scored 18 in the third period, before the Cavs went on a 14-8 run to end the game.

The Cavaliers shot 68% from the field and 59% from the free-throw line. As a team, they recorded 11 assists, nine steals and five blocks.

The Cavs took a 19-10 lead out of the gate and coasted to a 31-22 lead by halftime. The ball kept rolling for Carman- Ainsworth, as it outscored Heritage 18-7 in the third quarter. Heritage closed the game on a 23-15 run, but it wasn’t able to mount a comeback. 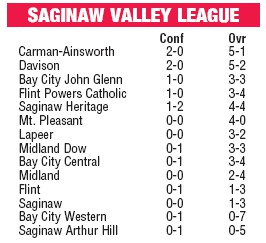