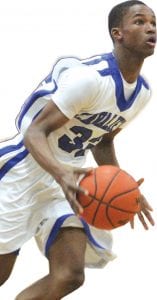 Years coaching: 1st with varsity, 8 with JV, 3 with freshman

Season Overview: Having graduated from Carman-Ainsworth in 1993 prior to coaching various levels of Cavs boys’ hoops under Bob Root and Roy Matter, first-year varsity boys’ basketball head coach Jay Witham certainly seems to have the right pedigree for the task that lies ahead. Because this is a team he’s followed since childhood, one thing this squad won’t be lacking in is enthusiasm. 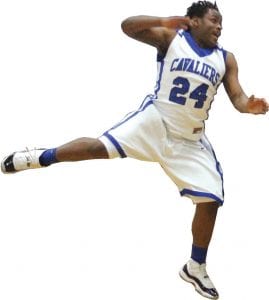 “Hopefully we’ll get after it defensively. We should be able to pressure all over the floor,” said Witham. “Whether we’re pressing, playing man, a 2-3 zone, whatever we’re in, we’re still going to pressure all over the place. We’re still not going to be very big. Obviously, we’re going to be very guard-heavy, so we’re definitely going to have to create some turnovers and get some easy buckets. We want to get out and run, but we also have to have patience on the offensive end.”

Last season Carman-Ainsworth went undefeated on its way to claiming the SVL-South title. What followed was a loss in the district semifinals to Flint Metro League rival Swartz Creek after drawing a round-one bye, a lesson Witham hopes he can both learn from and improve upon.

“As an outside guy looking in as the JV coach, I thought last year, when they did pressure, they gave up too many layups at the defensive end. If we pressure, we have to make sure in transition defense we take care of our home base and not give up  those easy points,” Witham said. “We’re small, so we’re going to have to send a lot of guys to the backboard and rim to get some defensive rebounds.

Hopefully, we’ll pick up some offensive rebounds here and there, too, but rebounding will definitely be a factor for us.” Ball handling last year was by guards Denzell Watts and Jaylen Randle, both seniors. With Watts specializing in moving the ball from the baseline all the way into the Cavaliers choreographed offensive scheme, that duty will now fall to returning senior point guard Justice Green.

“This guy has unbelievable athleticism. He absolutely jumps out of the gym,” said Witham. “He’s kind of like a little human highlight by himself, but we’re nowlooking to him to be our floor leader, too, instead of just being one of those guys who can flash to the basket.” Top returning scorer Cameron Morse, a senior, is back and looking forward to spending time at shooting guard  after playing power forward in 2012-13. Brennan Gleason also is coming back and could be quite the front-court presence this season for the Cavs.

“Gleason, he’s about 6-foot-4. He’s about our biggest guy returning. I think his body is starting to fill out a little bit, so he’s bigger and hopefully can take care of that paint area for us,” Witham said. “Ja’Quin Jones, who didn’t get a lot of playing time, hopefully he’ll step into some of those roles because we lost three good guards from last year. Hopefully, he’ll be able to fill in at one of those spots and get some good minutes. We can’t even make our team yet because we’ve got six or seven guys on the football team, so we’re kind of waiting on solidifying our whole roster. The one good thing is I’m getting some guys who are pretty competitive. Something we need back on our team is defensive toughness, and I think some of these football guys can bring that out in our team.”

Also at the ready for Witham this year is Malik Seales, a guard who plays much bigger than he actually is according to Witham, Darryl Johsnon is one of those athletes who’ll join the roster once football season is complete, and DeMarion Allen is also back after only playing for part of last season. — M.S.