Above: The iconic US 23 sign has never looked better (A Mundy Township fire truck in the background).

Theater-goers and cruisers alike slipped back in time with the showing of the 1973 film “American Graffiti” starring Richard Dreyfuss, Ron Howard and a slew of other well-known actors.

The bricks guide explains this iconic film, as directed by George Lucas, was inspired by his own experiences at a teenager in Modesto, California. “American Graffiti” celebrates the early-60s America where teenagers cruised the streets in hot rods, and rock & roll topped the music charts.

Those who experienced the event were encouraged to remember, “Where were you in ‘62?” as they walked around the car show prior to the start of the film, enjoying and reminiscing over the muscle cars, classic street models, and resto-mods. 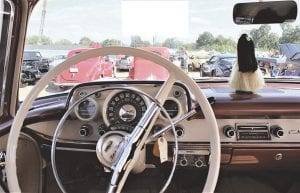 True to its front panel advertising, it was a tickle checking out the ‘innards’ of this 1967 Boyertown Delivery Van. Made in Boyertown, Pennsylvania, owner Brian Converso has converted it into a mini-camping home. Photos by Paula K. Schmidt 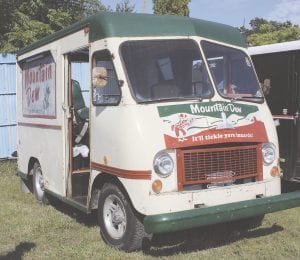 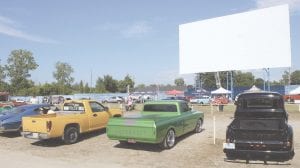 These sweet rides are just ready and waiting for a thrilling movie experience unlike any other. 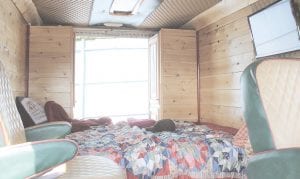 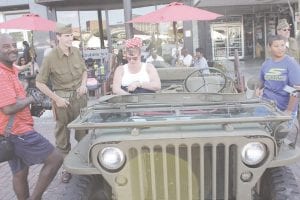 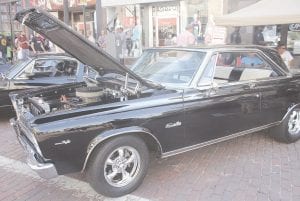