Bring on the madness of college hoops 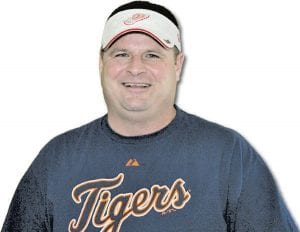 Hey, sports fans. We have officially put the month of February behind us and the madness of March is here. Is there anything better than the bouncing of the pumpkin, the squeaking of tennis shoes and the last-second, game-winning shots? I say, no sir!

The college hoop conference tournaments will be firing up all over the hardwood. The faces of young college kids at all the smaller schools making the Big Dance and a shot of playing a Kansas, Michigan State or Villanova is outstanding. It’s for sure a once-in-a-lifetime story for all these players. One shot at the upset of a major college team is all they want. The best part of all that is that it happens in the NCAA Tournament every year; it’s not just a pipe dream.

When you really think about it, it’s what makes the three weeks of action so appealing to all us college hoop fans. It’s the Cinderella story taking down a top-ten team and wrecking everyone’s brackets. It’s the last-second three ball busting through the twine for a game winner. The 2016 NCAAs will be even more drama-filled due to the fact that no team is a clear-cut chalk to win the thing. I can make a case for at least 10 teams that can win it all and another 20 teams that can ride a hot streak all the way to the championship.

The best weekend is the first weekend sitting in my chair for four days watching the tourney and swearing at my busted bracket. Come on, baby, bring on the bouncing pumpkins!

Madness at the top of the Big 10 race

The rise of the Michigan State Spartans is no shocker to me, however.

We all know by now, unless you have lived under a rock, that a Tom Izzo-coached team is always ready for a March run to the Final Four. I will tell you right now that the boys in Las Vegas will have Michigan State as one of the top-three teams to win the entire tournament. I absolutely love the Spartans to win it all, actually. I think the tournament seeding will decide who moves on more than ever this year. The bottom line is, the tourney will be awesome!

Heading to Florida for spring training

The month of spring training games for all Major League Baseball teams has begun. The Fat Guy will be in Florida for a couple of weeks and will head on over to Lakeland to watch his Detroit Tigers.

The problem with spring training games, is most of the time you don’t get to see the regular starting-lineup players. What you do get to see is the young ball players trying to make the team and head north with the ball club. The one thing about spring training is you cannot get wrapped up in wins and losses. The thing to pay attention to is the pitching staff and how well the pitchers are performing. The key is pitching and always has been.

The hitters on the team, like Victor and Miggy, will be fine! I will say this is a big year for Brad Ausmus, the Tigers’ manager. He needs to get the job done with this ball club, or he is gone.

I am excited about this year and this Detroit Tigers team. I really believe last year was a fluke season. I think they will rebound in 2016, so let’s stay tuned and see if I am right.

I ask you Tiger fans, what do you think of this year’s Detroit Tiger baseball team? I would love to read your opinion, so fire me an e-mail and express your thoughts.

The 16 guys at Hilton Head last week was a blast! The golf courses were tremendous as always. I can’t wait for next year’s golf tournament! thefatguy@mihomepaper.com