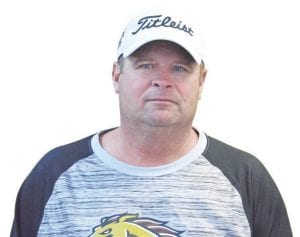 The PGA Tour U.S Open and the Shinnecock Hills golf course provided excitement– and frustration–for all the PGA golfers this past weekend. The man in the end was Brooks Koepka, who became just the seventh player to win back-toback U.S. Opens. The last time that was done, was 1988-89 by Curtis Strange. The fact Brooks was seven over par after 22 holes of golf and then played the last 50 holes six-under par shows his mental toughness.

Let’s not overlook the performance of Tommy Fleetwood, who shot 63 on Sunday. He went to the clubhouse with the lead. I would say a 63 at that golf course is nothing short of a miracle. Why do I use miracle? Tommy Fleetwood is just the sixth player to ever shoot a 63 at the U.S. Open.

Phil Mickelson hitting his rolling golf ball on the 13th hole while it was still moving was a total frustration move for sure. What was he thinking? Only the “Hefty Lefty” can answer that. How tough did this golf course play? How about Jordan Spieth, Jon Rahm, Jason Day and Rory McIlroy, all top-ten golfers, missing the cut! Let’s toss in Tiger Woods, who also failed at making the cut, and we all know the television ratings suffered from that.

It was enjoyable to watch these professional golfers brought to their knees like us weekend-warrior golfers. The big questions remain, though. Was the golf course fair to these players? It is debatable, for sure. We all know the U.S. Open is never easy to win and the golf course is always tough! Congrats to Brooks Koepka, who had a beautiful repeat performance!

The Washington Capitals are looking for a new coach, as Barry Trotz resigns after winning the Stanley Cup. The issue? Why of course, it’s money, as the Capitals don’t want to reward Trotz and pay him the money other coaches are getting paid. He was on the lower end of the coaching pay scale by NHL standards. I can positively state that Barry Trotz will be hired by some organization, as he is a tremendous coach. The evil of sports is money and once again rears its ugly head! I will say, though, that Barry deserved the money and the Capitals are making the mistake in this situation.

The Detroit Tigers will not lose 100 games here in 2018, as I boldly thought they might. What the Tigers have lost is Miggy for the rest of the season. He will have surgery to repair his ruptured biceps tendon and will be out six months. The time table will have him ready for spring training next season, if all goes well. The strange part is, he injured it on a swing against Minnesota Twins pitcher Jake Odorizzi’s slider. The poor Tigers will be eating this Miggy contract for many years to come! The Tigers are only 2.5 games behind the underachieving Cleveland Indians. The fact the Tigers are only one game under .500 after 73 baseball games lends hope. I can say that the rebuilding is ahead of schedule and maybe the Tigers won’t be horrendous for the next three years? Let’s all hope that is the case anyway.

The play of Nick Castellanos has been a highlight for me. Nick is hitting .310 with nine home runs and 41 RBI this year. I think the pitching of Matt Boyd has been really good. He has an ERA of 3.23 and deserves a better record than 4-4. I also like what I have seen from Shane Greene with a 3.57 ERA and his 19 saves. I know Michael Fulmer is 3-5 on the hill, but he has had some hard luck, too, and his ERA is just a touch over four. Go Tigers! Watching has not been brutal this summer so far! Probably shouldn’t have said that!

The NBA draft is tonight and the No. 1 pick for sure will be Deandre Ayton to the Phoenix Suns. After that, I have no idea who will be picked. What I do know is the Pistons have no first-round pick, as it will go to the Los Angeles Clippers to complete the Blake Griffin trade. I told you the Blake trade was a panic move and will now haunt the Pistons. Thank you, Stan Van Blundy, for that parting gift! thefatguy@mihomepaper.com.