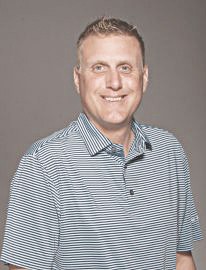 Scott Brotebeck, a Flintarea resident, will compete in the PGA Professional Championship beginning this Sunday in South Carolina. Photo via PGA.com

BLUFFTON, S.C. – Scott Brotebeck, PGA Professional and general manager of Flint Golf Club, is headed out to Bluffton, South Carolina to compete in the PGA Professional Championship, held this Sunday through Wednesday at Belfair’s East and West courses.

This will be the second trip in a row to the championship for Brotebeck, who competed in last year’s event but did not make the cut for the weekend.

The top 20 finishers at the PGA Professional Championship will qualify for the 2019 PGA Championship, held May 16-19 at Bethpage Black in Long Island, NY, where they will compete alongside Tiger Woods, Phil Mickelson, Jordan Spieth, Rory McIlroy and more of the greatest golfers in the world.