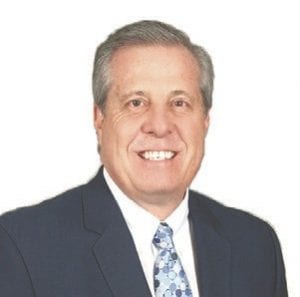 Industrial brownfield redevelopment in the city of Flint is one of the central challenges affecting the long-term economic vitality of our region. However, these large parcels – approximately 1,000 acres, in total – also hold tremendous potential for helping to reshape the economic landscape in Flint and Genesee County, the state’s fourth largest metropolitan area.

It is the latter point that makes the recent announcement of a $2.5 million investment by the U.S. Department of Commerce in Kettering University, the University of Michigan-Flint and the Flint & Genesee Chamber of Commerce for brownfield development projects so significant.

The Economic Development Administration (EDA) grants will be used to construct a Mobility Research Center at Kettering ($1.9 million); establish a University Center for Community and Economic Development at UM-Flint ($400,000); and conduct a feasibility study toward the creation of a brownfield redevelopment accelerator at the former Buick City site ($197,416).

The Flint & Genesee Chamber of Commerce – which serves as the lead economic development agency for the region (in addition to being the area’s premier business membership organization) – has oversight for the feasibility study.

The study will provide the city and its strategic partners with critical capacity building to accelerate the redevelopment of the 400-acre site where shiny Buicks once rolled off the assembly line.

To be sure, there are immense environmental and infrastructure challenges that exist at these sites. These vacant industrial properties are also a bitter reminder of a bygone era when automobile manufacturing was the region’s dominant industry. But a new era has dawned in Flint & Genesee. The city is continuing its move toward a more diverse and innovative economy, led by transportation, distribution, logistics and manufacturing sectors. In addition, we have thriving anchor institutions and assets, such as UM-Flint, Kettering, two community colleges, three regional medical centers, and cultural and artistic centers. Meanwhile, investments in existing General Motors facilities approach $2 billion over the past three years. Other private-sector investments in the city by Diplomat, American SpiralWeld Pipe, C3 Venture and others are creating momentum for job creation in the region.

The transformation is real.

However, Genesee County is quickly running out of larger, modern facilities that site selectors and businesses are looking for to locate here. Several prospects have been lost due to a shortage of available square footage. Brownfield sites are untapped sources of real estate on which to build modern facilities that will be attractive to site selectors and businesses looking to locate here that will sustain our momentum.

The transformation underway at the former Chevy in the Hole site – where Kettering’s Mobility Research Center and the Chevy Commons urban park are taking shape – shows what is possible at the other former auto manufacturing sites with the right vision and strategy.

The EDA grant will provide a critical piece of the puzzle for accelerating the redevelopment of the former Chevy and Buick sites. That doesn’t benefit Flint alone. It’s a win for the entire region.