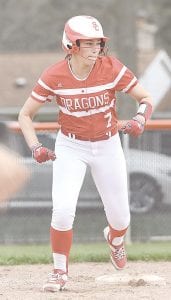 The baseball game took the diamond at 5:30 p.m. Monday, softball at 5:30 p.m. yesterday and volleyball, girls’ basketball and boys’ basketball will play Friday, June 28 at 3:30 p.m., 5:30 p.m. and 7:30 p.m. respectively, this year at the Flint Powers Catholic gym due to ongoing renovations at the Mott gymnasium and lobby.

The remaining rosters were not finalized in time for our press deadline.