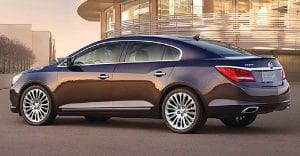 As the percentage of all dealer service visits related to automotive recalls reaches 16 percent – surpassing the recent peak of 15 percent in 2011 – satisfaction among recall customers continues to improve, according to the J.D. Power 2015 U.S. Customer Service Index (CSI) StudySM released earlier this month.

The study measures customer satisfaction with service at a franchised dealer facility for maintenance or repair work among owners and lessees of 1- to 5-year-old vehicles, said J.D. Power spokesman John Tews.

The study finds that the overall CSI among customers who take their vehicle to a dealer for recall-related work improved to 789 on a 1,000-point scale, up from 777 in 2014.

This increase, combined with a slight decline in overall satisfaction, reduced the negative satisfaction gap between recall visits and overall CSI, Tews said.

There is an 11-point gap in satisfaction between customers with a recall visit and those with a non-recall visit, compared with a gap of 27 points in 2014 and 21 points in 2013.

Furthermore, satisfaction is 8 points higher among customers with a recall visit than among those with a repair visit (781).

“Even though recalls can create a large influx of customers into the service department and really strain capacity, automakers are better prepared to handle recalls than they were a few years ago,” said Chris Sutton, vice president, U.S. automotive retail practice at J.D. Power.

“Manufacturers have shown that it is possible to turn a potential negative into a positive when it comes to recalls if they’re done in a way that doesn’t inconvenience the customer.”

With a CSI score of 836, Buick ranks highest among mass market brands for a second consecutive year, Tews said.

“Superior reliability, quality and customer service is core to every model we bring to market,” said Duncan Aldred, vice president of Buick.

The study was fielded between November and December of last year.