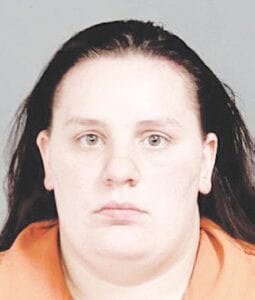 BURTON — The 24-year-old mother of a 2-year-old child found wandering alone in the intersection of Genesee and Lapeer roads July 1 at 3:45 a.m., has been charged with a misdemeanor.

The Genesee County Prosecutor’s Office charged Rachael Marie Ames with a lone count of fourth-degree child abuse after a motorist found the toddler near the intersection of Genesee and Lapeer roads in the early morning hours.

The charge alleges Ames knowingly or intentionally failed to supervise her child, which posed an unreasonable risk of harm or physical injury to the child.

If convicted, it could mean Ames will serve up to one year in jail or five years of probation.

The Burton police spent hours the morning of July 1 going door-to-door in the neighborhood around where the child was found, finally identifying the child at about 11 a.m.

Police arrested Ames around 1 p.m. and two other children age 3 or younger were removed from the home, located in the 1200 block of Genesee Road.

According to reports the house was in “deplorable” living conditions.

It is not known how the child got out of the house. — G.G.