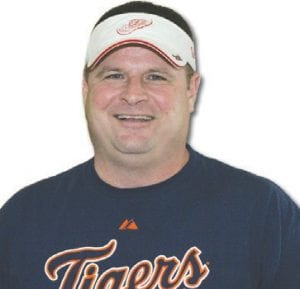 We have arrived at the NCAA Basketball Final Four destination of Houston, Texas. One side of the bracket is a fairy tale and the other could be viewed as cheater’s delight.

Looking at the fairy tale side first, we have Butler and VCU. Two young coaches head up these two schools. VCU has Shaka Smart, a 33-year-old coach, who lives up to his last name. Mr. Smart could have attended Yale or Harvard, but chose not to. Smart has taken the Rams and rammed them into the Final Four. They have won four of their five games by double digits. I say pretty darn good for a team nobody thought deserved to be in the NCAA Tournament. VCU is on the Steppenwolf Magic Carpet Ride right now. That’s a little old school music for all ya old schools out there. Can VCU pull off the improbable and win two more games and be crowned National Champions?

Let’s look at the Butler Bulldogs. Yes, Butler did it, in a gym, with a basketball. A little reference for old schools to the game of Clue. Butler is making a second consecutive trip to the Final Four under 34-year-old coach Brad Stevens. Is there anyone who looks more stoic and under control of his basketball team than Brad Stevens? I say no! Butler fell a bucket short in last year’s championship game to Duke. It is ironic that they have won two games by a bucket and have had all close calls score-wise in this year’s tournament games. Will last year’s experience carry the Bulldogs to a title victory? What we have here is two young coaches and two Cinderella basketball teams competing for a shot in the title game. Who wins? Let’s have a drum roll please! Prediction: Bulldogging a Victory 58 and Ram It 54.

The “Cheaters Bracket” has Jimmy Calhoun’s U-Conn Huskies against the John Calipari’s Kentucky Wildcats. Yes, it’s the cheaters bracket, as Calhoun has been in numerous scandals as U-Conn’s head coach. Mr. Calipari has had two Final Fours vacated due to illegal activity. However, the show must go on regardless of past mishaps. The Huskies love tournament play, as they have won the Big East Tournament and the Maui Invitational. They have Kemba Walker, who is a clutch big-time guard running the show. He is some kind of good. U-Conn has won nine games in the past 18 days of basketball. Pretty darn impressive, if you ask me. They are the hottest team left in this NCAA Tournament.

The Kentucky Wildcats, who defeated the Ohio State Buckeyes, a team many thought were the chalk of the tournament, are playing good basketball. When you beat OSU and North Carolina to make the Final Four, that is a tremendous accomplishment. This Kentucky team had to replace a bunch of players who went to the NBA last season. We all know John Calipari loves to recruit the one-anddone college basketball player. Calipari is despised by many of us who think he runs a dirty program. He is a tough guy to like, to be totally honest. The Kentucky program is tough to like, to be absolutely honest, and I really don’t know why. These two teams are evenly matched, I feel, and this should be a whale of a basketball game on Saturday night. Another drum roll, please! Prediction: Light Cheating U-Conn 62 and Heavy Cheaters KY 59.

The Monday night matchup will be Butler and U-Conn. This will be two straight trips to the championship game for the Butler Bulldogs and it also will be their second straight championship loss. The Huskies of UConn cut down the nets in Houston, Texas and will be crowned the 2011 National champs.

Spring training is finally over and the real games that count in the standings begin on Thursday for our Detroit Tigers. Who better to open up with than the hated New York Yankees. Yes, it’s a tough opener for the Tigs. How about the starting pitchers on Thursday. Justin Verlander vs C.C. Sabathia? The Tigers’ ace vs. the Yankee’s ace! I can’t wait, and bet the players can’t, either. The Detroit Tigers need to get off to a good start here in April. April wins count just as much as wins in September; remember that. Go Tigers!!