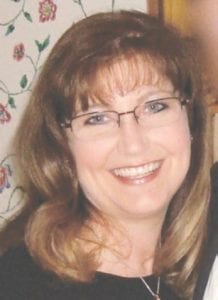 FLINT TWP. — The Carman Ainsworth Education Foundation (CAEF) Silent Auction & Raffle for Kids, now in its third year, serves two purposes – to raise funds for school projects and to honor a select group of people who have provided outstanding service and commitment to C-A students, parents, and staff.

A buffet dinner will be served. A Silent Auction will offer products and services donated by local businesses. Live entertainment will be provided by the Fairlane’s and DeVille’s band.

After the auction closes, each honoree will be introduced and presented by one of their peers, highlighting their accomplishments and dedication to Carman-Ainsworth Schools. Each honoree will receive an award. 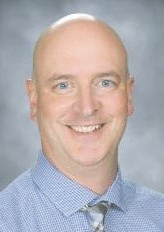 Koegel is a current C-A- school board member. She is being honored for more than 16 years of service as a volunteer at the elementary school, middle and high school and district level. She and her husband John have resided in Flint Township for 25 years. Their two daughters graduated from C-AHS and their two sons are now attending the high school.

Koegel has a music education degree from the University of Michigan and experience in early childhood music development. Among her many contributions to the district are serving as a flute mentor for sixth and seventh-graders at the middle school; acting as parent representative for music teacher interview at the middle school; Band Camp chaperone and Marching Band season volunteer at the high school; chair of hosting the MSBOA Band and Orchestra Festival for two years at the high school; and parent representative of the superintendent interview. 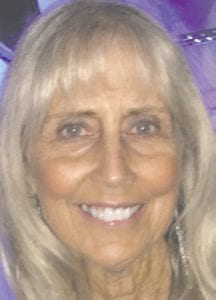 In 2014-15, students selected Koegel as the Grand Marshal for the homecoming parade. Jones, the staff honoree, is in his 19th year of teaching at C-A. For the past 12 years, he has held the position of Director of Instrumental Music at the high school where he directs the Symphony Band, Concert Band, Freshman Band, Orchestra, Percussion Ensemble, Brass Ensemble and the Blue Brigade Marching Band. Previously, for seven years, he taught fifth and sixth grade band and served as the assistant high school director.

Jones has been involved in several C-A musical productions as a conductor and orchestra member.

He holds a Bachelor of Music Education degree from the University of Michigan- Flint. He was a recipient of the university’s Maize and Blue Award in 1998.

Under his direction, the Blue Brigade Marching Band has been a finalist for four of the past six years in the Michigan Competing Band Association. CA students consistently perform well at MSBOA events.

He and his wife Jenny have a son, Landon, attending Drum Corps performances at Major League baseball games nationwide. Haffajee, the retiree honoree, retired last year after 27 years in the C-A district as a teacher and principal.

Born in Flint, she attended Flushing Schools and became a registered nurse at Hurley Medical Center. After years of volunteering at her children’s schools, she decided to become a teacher and upon graduation was hired by C-A schools where she spent her entire career — seven as a teacher and 20 as the principal of Randels Elementary School.

Every day, for 20 years, she shared a quote with her staff such as “Service is a smile. It is an acknowledging wave, a reaching handshake, a friendly wink, and a warm hug. It’s these simple acts that matter most, because the greatest service to a human soul has always been the kindness of recognition.” — Richelle Goodrich

Haffajee set the tone for leadership at Randels by making meaningful community connections such as with Habitat for Humanity; promoting student leadership through Ram’s Squad and the Student Council and encouraging teacher leadership in a variety of roles.

She and her husband Musa have two children, Ameena and Adam, and six grandchildren.