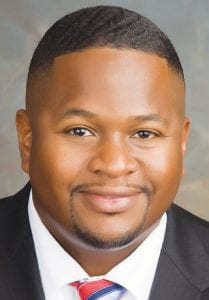 FLINT TWP. —Say hello to Eddie L. Kindle, who is the new assistant superintendent of curriculum and human resources for the Carman-Ainsworth Community School District. The school board approved his hiring in late April and he officially began work on July 1.

Kindle’s work in K-12 education has focused on student academic achievement while offering students a positive social experience, according to a press release.

Kindle said he looks forward to working with all members of the Carman-Ainsworth school community and continuing to provide outstanding educational leadership with an emphasis on accountability, expectations, performance, and results.

Tunnicliff said that Kindle brings to C-A a wealth of positive and diverse administrative experience that is expected to be a tremendous asset to the school district.