C-A principal second in a row to win state award 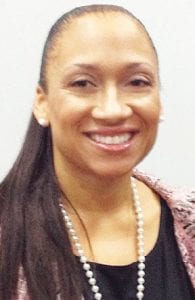 FLINT TWP. — Detra Fields, principal of Dye Elementary School in the Carman-Ainsworth school district, has been selected by the Michigan Elementary and Middle School Principals Association (MEMSPA) to receive a Regional Honors Award.

At the MEMSPA state conference in Detroit last weekend, Fields was recognized as Principal of the Year in Region 10 for her educational leadership and commitment to enriching the learning environment for students, parents, and staff. This award is presented to a single administrator in each of fourteen MEMSPA regions in Michigan.

Fields also received special recognition for winning the award during the C-A board meeting last week. She began as a teacher in the district in 2000, became assistant principal at Randels Elementary in 2004 and has been principal at Dye Elementary since 2006.

MEMSPA is a professional association serving more than 1200 members, divided into 14 regions. Its Regional Honors Award is presented annually to one administrator nominated by their peers and approved by the region’s executive board.

Fields is the second C-A principal in successive years to win the award.

Last year’s winner was Maria Cox, who was then principal and the nowclosed Woodland Elementary and is now assistant principal at Dye.

“I don’t know if that sets a record for two in a row or not,’ said Superintendent Steve Tunnicliff, in praising Field’s recognition.

‘”That doesn’t’ happen very often,” he said of finishing first in the statewide competition.

He said it speaks to the quality of education provided in the district.