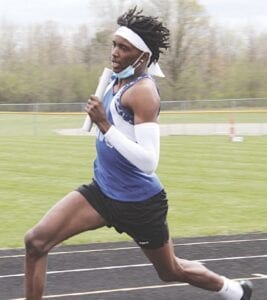 Muex, who graduated from Carman- Ainsworth this spring, captured the 2021 National Championship in the 400-meter dash at the Outdoor Nationals, which was held at Hayward Field in Eugene, Ore., from June 30 to July 3. Muex won the race with a time of 46.13.

Muex’s national title followed his victory in the Division 1 400-meter race at the MHSAA Finals last month. Muex set a school record and a MHSAA record in the 400-meter event with a time of 46.52. He also finished third in the 200-meter dash and ran on Carman-Ainsworth’s 800-meter relay team, which finished 11th.

Muex has signed to run for Michigan State University. — B.G.