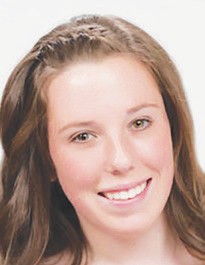 FLINT TWP. — Leaders of tomorrow who have major brainpower are graduating from Carman-Ainsworth High School today. Half of the Top 10 seniors in the Class of 2014 finished in a five-way tie for first with perfect 4.0 grade point averages (g.p.a.). The next two top students finished in a two-way tie with 3.996 g.p.a.s and the tenth finisher posted a near-perfect 3.951.

These academically talented students are:

1. Kristen Borse, daughter of Gary and Kimberly Borse, 4.0 g.p.a. She served as the executive board treasurer of the National Honor Society and senior class secretary for Student Council. She was Rotary Student of the month in January 2013, a four-year member of the girl’s varsity lacrosse team and captain for two years. She also was a six year member of the Blue Brigade marching band and a member of the Symphony Band for four years. She received the Band Director’s Award and the Martin Music Scholarship this year. She plans to attend Michigan State University in the fall. 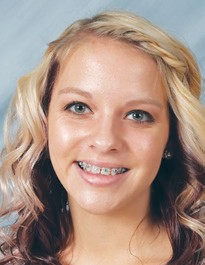 1. Sarah Hyde, daughter of John and Lisa Hyde, 4.0 g.p.a. As a two-year varsity tennis player, she was awarded Most Improved Player last year. She also was active in Health Occupational Students of America (HOSA) and this year served as its vice president. Sarah plans to attend Grand Valley State University to study for a bachelor’s of science degree in Nursing.

1. Katlyn Koegel, daughter of John and Lisa Koegel, 4.0 g.p.a. She has been an active member of the Blue Brigade Marching Band for five years and drum major for the past two. She’s a threeyear member of the Varsity Softball Team and one-year member of the lacrosse team. She was president this year of the National Honor Society. As a member of the First Presbyterian Church of Flint Youth Leadership Team, she helped plan and joined a mission trip to Costa Rica in 2013. She’s been a cellist for 12 years and spent four years playing with the Flint Youth Symphony Orchestra, traveling with them to France and Ireland as part of an international exchange. Katlyn plans to attend Hope College, majoring in Political Science and International Studies. 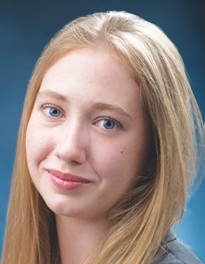 1. Cionna Orr, daughter of Cardi Wallace-Orr and Alphonzo Orr, 4.0 g.p.a. She was a member of the National Honor Society and Student Council and served as class president in 9th, 10th and 11th grade and was the executive board president during senior year. She was a member of the Blue Brigade marching band for three years and played flute in the Symphony Band for three years. She participated in Quiz Bowl and Model UN and volunteered at Hurley Medical Center for two and half years. She was a member of the varsity bowling and tennis teams. She participated during her senior year in the Distinguished Young Women of Michigan program, representing Flint. She was president of the Youth Leadership Council and involved in mime ministry at her church. Cionna plans to attend Tufts University, majoring in Chemical Engineering, with a minor in Spanish. 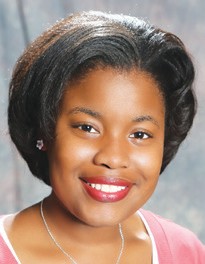 6 (tie). Jacob Joseph MacDermaid, son of Kevin and Rebecca MacDermaid, 3.996 g.p.a. He was a member of the National Honor Society, Student Council for two years and its treasurer for senior year. He played soccer for four years and also traveled with the Flint Steelers Soccer Club. He also participated in the FIRST Robotics FRC team during his senior year. He plans to attend Kettering University in July, majoring in Computer Engineering. 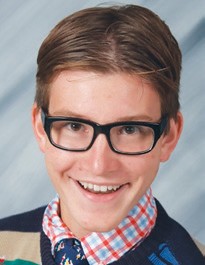 6 (tie). Rani Richardson, daughter of Dr. Recco and Rene Richardson, 3.996 g.p.a. She was a four-year member of the varsity track and field team and two-year member of the varsity cross-country and basketball teams. She was awarded the Presidential Scholarship from her exchange program and studied aboard in South Africa during her junior year. She also was active in the C-A 21 Club, National Honor Society and school band. She was a runner-up in the Genesee County Spelling Bee Championship in 2012, attended the Michigan State University STEM program in 2009, the Lake Superior University Women in Robotics camp in 2010 and the Michigan Freedom Academy summer program in 2011. She’s volunteered at Hurley Medical Center and Genesee County Free Medical Clinic since 2013 and tutored in her spare time since 2010. She plans to attend the University of Pennsylvania in the fall, in biology and pre-medical studies. 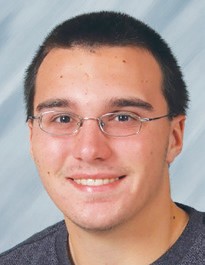 8. Christopher Crowder, son of Carl and Deborah Crowder, 3.982 g.p.a. He was a member of the varsity tennis team for four years and the varsity baseball team for two years. He was a sixyear member of the Blue Brigade marching band and also a member of the National Honor Society, the CORE team and CATV broadcasting. He received the Jean Fairfax and Martin Luther King Jr. scholarships from the University of Michigan, where he plans to attend in the fall, majoring in communications and screen arts and culture.

9. Kenzey Lord, daughter of Garnett and Kathy Lord, 3.963 g.p.a. She was a four-year varsity bowler and served as its captain all four years. She also was a three-year varsity diver, a member of Health, Occupational Students of America (HOSA) and has volunteered for blood drives at CAHS. She has been awarded an Education First Opportunity Scholarship and will attend Eastern Michigan University in the fall, majoring in Nursing, with a goal to become a neonatal nurse. 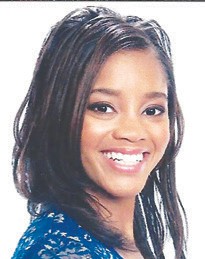 10. Brennen Gleason, son of Bill and Katrina Gleason, 3.951 g.p.a. He was a three-year member of the varsity basketball tram and team captain during his senior year. As a four-year varsity baseball player, he was a two-time captain and member of the All-Academic Team. He also was active in the National Honor Society and the CORE team. In his spare time, he helps coach the Great Lakes Cyclones Baseball Team. Brennen has earned the Trustee Scholarship from Kettering University and will begin his studies in July, majoring in Mechanical Engineering. 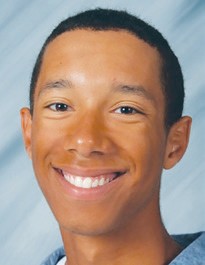 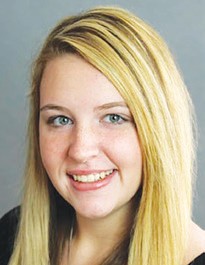 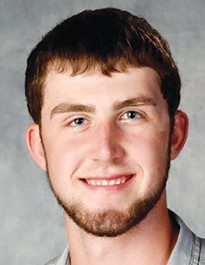