Call to the water remains strong 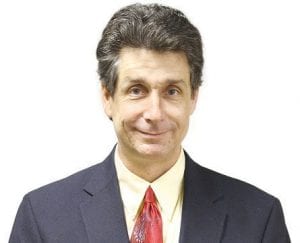 Among the hundreds of e-mails I get on an average day at the newspaper, one recently jumped out at me. It was a press release issued by the U.S. Army Corps of Engineers-Detroit. The announcement was short and sweet, but for boat nerds like me it was a must read, and another sure sign spring is here.

The Soo Locks opened at noon Saturday, March 24 — 12 hours earlier than originally planned, marking the beginning of the Great Lakes shipping season. The shipping community requested the Corps to open the locks early this year due to extremely mild weather and minimal ice conditions throughout the Great Lakes, which increased the likelihood of vessels arriving at the locks well ahead of their originally planned time.

Growing up on the eastside of Detroit, I spent many hours fishing on Lake St. Clair and the Detroit River for walleye, bass, perch and huge channel catfish. From a boat or from my favorite pier and land perch I was always fascinated by the passing Great Lakes freighters or the ocean-going salties.

On our boat my dad and I would ride alongside these giants for miles, occasionally carrying on a conversation with a crew member if conditions allowed.

A graduate of De La Salle Collegiate in Detroit, an all-boys’ college preparatory high school, administered by the Christian Brothers “you were supposed” to leave school with a laser focus on a career path. The school’s motto, “Builders of Boys, Makers of Men,” is embodied in the school’s academic, athletic and extracurricular programs.

But I was still adrift on what I wanted to do with my life. But I knew I liked the water and freighters. I had even gone on a few short trips on cement freighters from Detroit to Alpena and back, talking my way onto the freighters with company owners with sheer enthusiasm.

In short order I was enrolling at the Great Lakes Maritime Academy in Traverse City, part of Northwestern

Michigan College. The problem? It was 1983-1984 and we were in a deep recession much like the one we’re emerging from now. Check in hand I was told by program administrators to reconsider. “Kid, Detroit’s not making cars like they used to,

I was so bummed. Now what?

So I enrolled in the NMC’s welding program and went on to get my certification in MIG and TIG welding, which I still keep to this day thanks to regional trade schools. At least then I was back on the water. I was able to do underwater welding on barges in the west arm of Grand Traverse Bay. I was outdoors, on the water and welding. One guy’s definition of heaven.

Good welders in the class were heavily recruited to work the Gulf of Mexico, working the offshore oil rigs and related maritime vessels. The fact you’re reading this column in a Lapeer newspaper obviously I had a change of heart and went another direction, though I still believe I was meant to be on the water. Maybe when I grow up.

From the shore these days, fishing pole in hand, I can identify freighters from 15 miles away by their pilothouse and waterline profiles.

Thanks to smart phones and the internet I know what they’re hauling and where they’re going.

Interestingly enough, one of my new hobbies is underwater diving — on shipwrecks in lakes Huron and Michigan.

Yeah I now, I see the irony too!