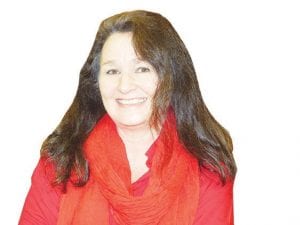 A couple of weeks ago, the Swartz Creek View published photos of some local high school graduates. I took most of the photos, including one of a young man who had decorated his cap. I was not aware that the school prohibited the graduates from personalizing their caps, so the picture caused a bit of a kerfuffle. The ensuing debate started me thinking about rules.

It’s no secret that I march to the beat of my own drummer. As someone who is a creative type, I adore and celebrate individuality. I detest conformity most of the time. So when it comes to rules, I am one of those people who will dissect them, analyze them and decide whether they are just and logical or simply weapons of forced conformity or something in between.

Rules are double-edged swords. Without them, we crumble in chaos. But history gives us so many examples of authorities using rules to harm, oppress and control. When the scales tip to the oppressive side, it is the duty of the people to destroy those rules and ensure that they aren’t resurrected for future generations. It’s called civil disobedience and, if I remember my American history correctly, it is the bedrock of the land of the free and the home of the brave. (Happy 4th of July, by the way.)

Speaking of which, the founders of this country — rebels and rule-breakers all, whom history would have recalled as traitors had the war gone the other way — wrote down a whole list of liberties to be afforded to all people equally. The very first of those protects freedom of speech. Decorating one’s graduation cap is certainly a form of speech protected under the First Amendment.

If we are preparing our high school graduates for the real world, we should consider respecting their right to express their individuality. I’d go so far as to argue we should encourage it. If not for free-thinkers, they who say “there’s another way to do this,” we’d all still think the world was flat, Lutherans would still be Catholic, Flint residents would still be drinking lead-laced water and those Swartz Creek graduates in the white caps and gowns would not have had an education at all.

That said, I also want to point out that I agree there should be more emphasis on the formality of commencement ceremonies. In Swartz Creek, for example, they have discouraged beach balls and noise makers. I get that. Those things can be disruptive, but so can fussy children and people who get out of their seats half a dozen times. On-stage antics are also frowned upon, but some graduates have shown that they will dance across the dais if they want to.

So perhaps folks could ease up on the decorated caps. If for no other reason, the personalized headwear does help family members locate their graduates in the crowd.

And one final note: Ironically, Swartz Creek’s spring musical this year — chosen by the students — was “Footloose.” lrocha@mihomepaper.com