Care for a little Mayochup with your turducken? 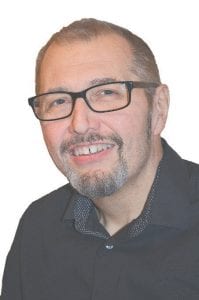 I t seems like it’s become a trend in recent years to take two words and combine them to signify some sort of merging of two things, or names.

Usually it’s a celebrity couple whose names have been melded to form one new moniker to describe their pairing – like we’ve seen with the likes of Jennifer Gardner and Ben Affleck (Bennifer) or Brad Pitt and Angelina Jolie (Brangelina).

Because, as we all know, people lose their individuality when they are dating or married, right?

There are also the wordsmiths who take two expressions and blend them, with newly created words like hangry (hungry and angry), or spork (spoon and fork), or chill and relax (chillax).

The latest blended words come from the blending of condiments. Heinz has released a whole new line of condiments where they have blended the ingredients to make a completely new side sauce for people apparently too lazy to combine it themselves.

I saw one of these on the counter at my local supermarket just last week. Mayochup. The blending of mayonnaise and ketchup in a bottle.

Apparently, Heinz has also created such blended condiments as Mayomust and Mayocue, the merging of mayonnaise and mustard and mayonnaise and barbecue sauce.

I’m afraid of what this could mean for future pairings. What else could be lurking out there waiting to be sprung on us the next time we’re taking a stroll down the supermarket aisles?

What if they blend ranch dressing and ketchup? Would it be called retchup?

How about mustard and relish? I do like me some melish on my hot dogs.

This whole blended-word things is nothing new. It accounts for words in our vocabulary like brunch (breakfast and lunch) and motel (motor and hotel).

I know clever people have been making up new, merged words forever. They are called portmanteau words and have become popular in modern-day English. Some examples of these portmanteau words are: • Affluenza (affluence/influenza) – which means the general condition of those who have inherited wealth and have a lack of motivation because of it.

• Bromance (brother/romance) – when two guys are really good friends and spend a lot of time hanging out together.

• Edutaiment (education/entertainment) – games and other forms of entertainment with an educational theme.

• Ginormous (giant/enormous) – when describing something that is really, really big!

• Liger (lion/tiger) – made famous in the movie Napoleon Dynamite, in which the title character declares the “liger” to be his favorite animal.

•Murse (man/purse) – when a man carries a purse, not to be confused with a satchel carried by Indiana Jones. Even our presidents have a way with words at times when they create vocabulary of their own. Take Donald

Trump, for instance. He created a portmanteau word of his own when he referred to the African nation of “Nambia.” It is assumed he was combining the names of two real African countries, Zambia and Namibia. Eventually White House sources confirmed he was, indeed, talking about Namibia.

Perhaps the most notorious for creating his own words derived from the English language is Pres. George W. Bush, who was known for such gaffes as: “They misunderestimated me”, and “Internets” a Bushism, pluralizing “Internet.”

Whether intentional or accidental, or just a merging of your favorite condiments in one bottle, portmanteaus are out there, no matter how ridonkulous they may be, just sit back and enjoy them while having a good chortle.

Gary Gould is the managing editor of the View Newspapers. Contact him at 810-452- 2650 or by email at ggould@mihomepaper.com.