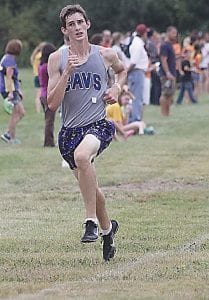 Carman-Ainsworth hosted the annual Bauman’s Cavalier Classic Invitational last Thursday, with no girls in the field, but the boys’ squad placed fourth overall in the six-team race. Div. 1 teams included winner Ortonville-Brandon with 30 points, Kearsley was second with 85, Lake Fenton, a Div. 2 school was third with 92, Carman-Ainsworth earned 93 points for fourth, Swartz Creek was fifth with 95 and Bendle, a Div. 3 school was sixth with 113.