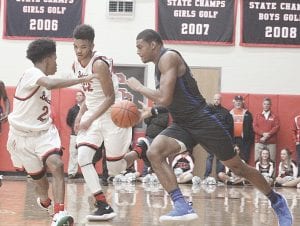 FLINT TWP. – The Carman- Ainsworth boys’ basketball team dominated the Flint Jaguars 88-35 on Tuesday. No stats or details were reported in time for our Wednesday morning press deadlines.

Neither team was able to distance itself in the first half, as Michael Fletcher’s buzzer-beating three-pointer from the top of the key tied the game at 34-34 heading into halftime.

The Bobcats turned up in the third quarter, outscoring an offensively-frustrated Carman-Ainsworth 12-3. Those nine points proved to be the difference with both teams scoring 10 points apiece in the final frame.