Following a 4-37 overall, 3-33 Saginaw Valley League finish last season, the Carman-Ainsworth boys’ golf team enters its 2018 campaign looking to rebuild following the loss of three seniors, two of which being the team’s top golfers in 2017.

Carman-Ainsworth lost both Aaron Floyd and Tyson Fields to graduation and will look to its one returning golfer from last season’s team, junior John Karbowski, for leadership. Karbowski takes over as the team’s No. 1 golfer in the rotation with high expectations from both himself and first-year varsity coach Matt Young. The team also welcomes junior Griffin Rousseau, who competed for the Cavaliers during last season’s regional tournament.

New to the rotation include senior Jalen Stewart and juniors Masen Ancira and Aaron Carter.

“I think it will be a struggle as the boys find their way to play in varsity matches,” noted Young on what he expects from his team early on. “They will have a quick learning curve and I’m sure they will improve very quickly after playing with boys from other schools that have more experience. 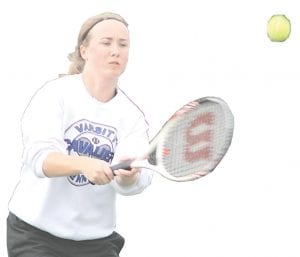 “I am hoping that the boys quickly improve and scores will come down. We will be working hard to make this happen. Individual improvement as the season progresses will be our ultimate goal. Picking up a couple of wins will be a bonus. It will also be an individual goal for our players to beat their own opponent, despite what the team results are.” – A.V.

Carman-Ainsworth will be returning a field of seasoned players this year and looks to improve on last year’s 5-14 record, having lost just one player to graduation, an important one, in four-year varsity goalkeeper Arianna Vantine.

“One of my captains said it right at the end of tryouts, this team is the most focused it has been at Carman- Ainsworth in years,” said 10-year coach Jessyca Mathews. “They have put in hard work in the offseason and came ready to focus on soccer. They understand that we play schools that devote all their time to soccer. Our job is to be the hardest working team each game so that we earn the respect and appreciation from other schools.”

The Lady Cavs will see the return of four four-year varsity seniors, Brittany Young, Karla Bell, CoCo Yearby and Nisreen Shukairy. There is also a handful of three-year varsity seniors returning to the fold, including junior and center midfielder Jasia Caldwell, defender Payton Dixon and forward Destinee Lester. La’ Angel Eubanks is also entering her second season on varsity at defender. The youngest member of the team and only freshman, Taniya Boggans, will split time between center midfielder and forward.

“This team focuses on the concept that hard work pays off each day they came together. All a coach can ask for is to have a group of players that works on playing hard, smart and together each day. I look forward to the season,” Mathews concluded. – K.R.

It’s a rebuilding year for the girls’ tennis program. Coach Bob Chunn, now in his 16th season at the helm, has a solid singles lineup, but the doubles tandems are newcomers, many who have never played tennis.

Chunn lost seven to graduation, but returns No. 1 Singles player, Katie Speaks, No. 2 Mary Dollinger, No. 3 Aniya Harmon and No. 4 Rachel Kuczera.

“My singles are solid, but doubles is up in the air with the girls all challenging for positions,” said Chunn. “Many have never played tennis so we are working with them on fundamentals. It’s a definite rebuilding year.” – L.P.

The Cavaliers have a strong history on the track with multiple state titles, and this season, they return as the defending Saginaw Valley League champions. A good chunk of the boys’ team is back in action, looking to defend their title.

Distance runner Jack Carter is back, as well as sprinter Trent Barron, pole vaulter Carson Koegel and sprinter Randall Brome. There are also some new faces that could be key this season, including Dakari Betts, Jaheen Billingsley, Terrence Muex and Chris Coleman.

Carman-Ainsworth has its work cut out for it as it pursues its fifth-straight SVL championship and a top-eight finish at the state meet.