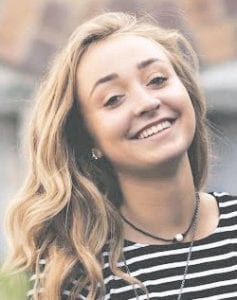 FLINT TWP. — Carman-Ainsworth Top 10 seniors in the Class of 2014 are all graduating with highest honors. Only a few decimal places separate them in grade point average. Three tied for the No. 1 spot with a perfect 4.0 g.p.a. Two more tied for the fourth and fifth spot with 3.989 g.p.as and the tenth student clocks in with a near-perfect 3.948 g.p.a.

These academically talented students and their future plans are:

Natalie Cook, daughter of Chris and Libby Cook, 4.0 g.p.a. She was a member of the Varsity swim team for three years, earning a spot as a captain, most valuable swimmer and first team all-league. She served as Historian for the National Honor Society and was a Student Council class representative all four years of high school. She was the business manager of the C-AHS yearbook and also very active in youth leadership at her church, the West Flint Church of the Nazarene, and also spends time volunteering at Carriage Town Ministries and Forge Flint. She has worked as a lifeguard and swim coach at the Flint Swim and Racquet Club for several years and swam for the YMCA Falcons. Her awards include Kiwanis Student Athlete of the month, the Paul W. Yunker Jr. Memorial Scholarship, the Carman Cougars Charities Corporation Volunteer Leadership Scholarship and the John F. and Edith L. Wilsterman Scholarship Trust. She plans to attend Olivet Nazarene University in the fall, majoring in Biblical Studies and Graphic Design. 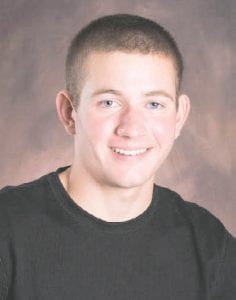 Carson Koegel, son of John and Lisa Koegel, 4.0. g.p.a. He was a member of the Varsity swim team for four years and a team captain for three. He was voted MVP three years in a row. He also was a member of the C-A Blue Brigade band for five years and the center snare for three. He was a pole vaulter in track and field for three years. He also was a member of the Student Council and the National Honor Society and served as president of the NHS in his senior year. He ranked first in his class all four years and is an AP Scholar with Honor. In the fall, Carson will attend the University of Michgan in Ann Arbor, studying Aerospace Engineering. 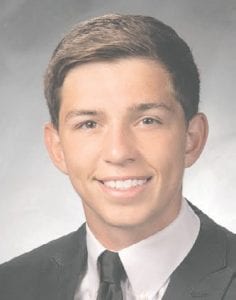 Jacob Yost, son of Kevin and Sheri Yost. 4.0 g.p.a. He is one of Mid- Michigan’s “Best and Brightest” this year, an AP Scholar with Honor, Saginaw Valley League Scholar Athlete of the year, Genesee Valley Rotary Club Student of the month of October, and Kiwanis student athlete nominee. He was dual-enrolled at the University of Michigan-Flint his senior year earning 13 college credits. Jacob played three Varsity sports including four years of soccer and wrestling and baseball, earning top honors. Jacob’s extra-curricular activities include two years in the. National Honor Society (treasurer senior year), three years in Health Occupations Students of America (HOSA) and a State Qualifier twice, four years in Students for Christ, Muslim Students Association (junior and senior year), and member of Riverdale Baptist Church. He has volunteered for several Red Cross blood drives, GISD Project Choice, youth baseball clinics, youth wrestling tournaments and for many other activities. In the fall, Jacob will attend the University of Michigan Ann Arbor School of Nursing aspiring to become a Nurse Practitioner or Nurse Anesthetist. 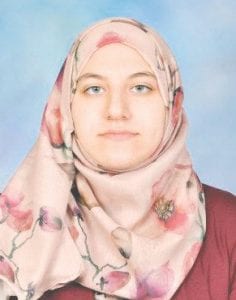 Nisreen Shukairy, daughter of Hossam Shukairy and Rana Mojahed, has a 3.989 g.p.a. She was a member of the varsity soccer team for four years, was the captain for the last two years, and coached a FOB Youth Soccer team during her senior year. She was also an active member of the National Honor Society and the historian of the HOSA. Her participation in the varsity soccer program and the National Honor Society, as well as in her Flint Islamic Youth Group, allowed her to become involved in her community, volunteering at Crossover Downtown Outreach Ministries, Hashtag Lunchbag, Carriage Town Ministries, and various soup kitchens. Furthermore, she was the president of the Muslim Student Association and the Distributive Education Clubs of America. She will be attending the University of Michigan in Ann Arbor. 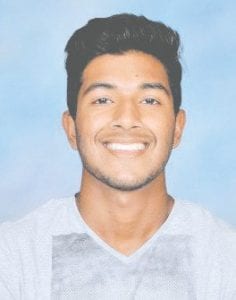 Jayyid Ahmad Wafiy, son of Ahmad Waseef and Dilara Rukhsana, graduated with a 3.989 g.p.a. He earned 26 college credits through the STEM Early College program in collaboration with the University of Michigan- Flint. He was vice-president of the National Honor Society, a member of the Muslim Student Association and a two-year Historian for HOSA through which he became CPR and First-Aid certified. He played soccer for three years, winning All-Academic Team honors as well as the Cavalier with Character Award. He volunteers regularly at the Flint Muslim Food Pantry and the Flint Islamic Center. He has mentored many children at the FIC and Grand Blanc mosque. He has volunteered for several blood drives for the American Red Cross, won a Genesee Valley Rotary student of the month award and earned a place in the C-A Academic Hall of Fame. He was awarded a full-ride scholarship at Wayne State University but plans to attend the University of Michigan in Ann Arbor in the fall, on a full tuition Jean Fairfax scholarship. He plans to major in biology and aspires to become a medical doctor. 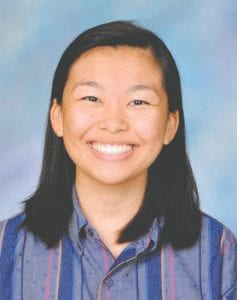 Evangelina Dang, daughter of Tai and Helen Dang, 3.973 g.p.a. She was a two-year member of the Varsity tennis team and named Most Improved Player in 2017. She served as Student Council class secretary, executive board secretary of the National Honor Society, 2017-18 president of HOSA and Varsity captain of the Quiz Bowl team for three years. She was chosen Genesee Rotary student of the month in October 2017. She received a full-tuition scholarship to attend Eastern Michigan University and plans to study biochemistry. 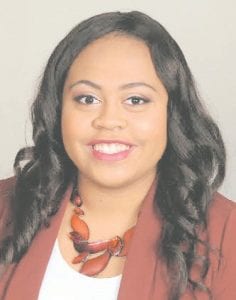 Karla Bell, daughter of Keith and Sena Bell, 3.963 g.p.a. A leader amongst her peers Karla has been class president for four years, DECA business club president, Varsity Soccer co-captain and president of Xinos, a teen youth group within the city of Flint. Karla also participated in marching band, quiz bowl, the National Honor Society and was the Board of Education student representative. She has founded her own company called Bubble Go Inflatables. Karla’s awards include Saginaw Valley League All- Academic Team, DECA Award of Excellence, Xinos first place in oration, and College Board AP Scholar. Beyond academics, Karla’s volunteer work includes bell ringing, NHS can drives, and a conference she co-founded for middle school and high school girls called the Flint Girls Empowerment Conference. Karla’s plan after high school is to attend the University of Michigan Ann Arbor to major in Economics and become an Economic Developer. 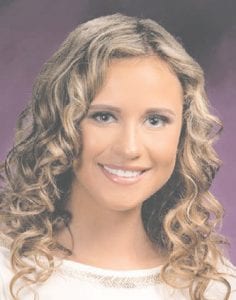 Morgan Sherrer, daughter of Ron and Lori Sherrer. 3.956 g.p.a. She has earned honors in Accelerated and AP Class and Dual Enrollment Mott. She is a member of National Honor Society, Student Council, HOSA, a varsity member in volleyball and softball serving as captain for each sport all four-years of high school. She is also second team all-conference in both Volleyball and Softball.

She plans to attend the University of Toledo, pursuing a bachelor’s degree in Nursing, with a master’s program to become a Nurse Anesthetist.

Alexis Morgan, daughter of Nicole Morgan and LeAndre Crosby, 3.955 g.p.a. As a member of the varsity bowling team, she was named Most Improved player and made All- Academic team. She has been certified in CPR and First Aid through her Medicine and Health Care 1 class. Alexis has also been a member of NHS since sophomore year. She volunteers with her younger sister’s robotics team. She has been in band from fifth grade to senior year. Alexis plans to double major in pre-med and biochemistry at Alma college and then go to medical school. 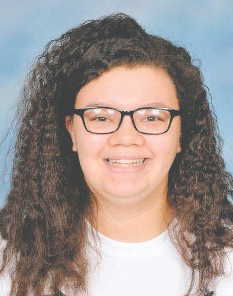 Chante’ Boyd, daughter of Cynthia Boyd and Jerry Hamlet, 3.948. She was the Executive Board Secretary of Student Council, a member of the National Honors Society, and President of KAGLE Leadership Initiatives. She was a member of Varsity Cross-Country for three years, receiving the Most Improved and Most Dedicated Awards. She also was a member of Varsity Softball the past two years where she received the Best Attitude Award. She received the Saginaw Valley All-Academic Team honor all four years of high school. Academically, Chante’ received the CTE Student of the Year Award, and was recognized for her exemplary academics, athletics, and overall achievements by the Board of Education. Chante’ has received a full ride scholarship and will be attending Michigan State University in the fall where she will be majoring in Nursing with a minor in Health Care Administration. She plans on becoming a pediatrician. 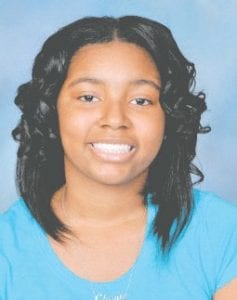