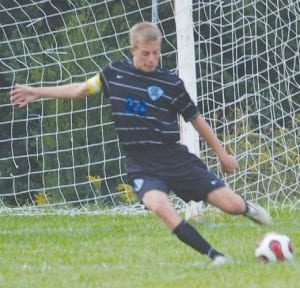 FLINT TWP.
— The Carman- Ainsworth soccer team traveled to Powers Catholic on Wednesday, Sept. 15, and fell to the Chargers 1-0.

For Powers, Michael Glubzinski scored the game-winning goal 8:38 into the game as Justin Barden assisted. Powers is ranked seventh in Div. 4.