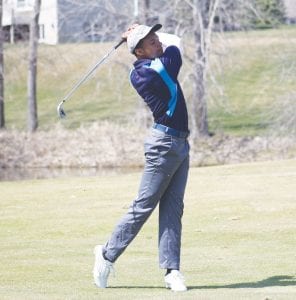 SAGINAW – Haywood Petty shot 77 to tie for fifth place in the Saginaw Valley League jamboree May 5 at Sawmill in Saginaw. Tyson Fields carded 84, Kaden Rytlewski 106 and Noah Vanderhyde and Aaron Floyd 109 as the Cavs totaled 376.

Carman-Ainsworth’s matches against Saginaw Nouvel on May 6 and Saginaw Valley Lutheran on Monday were canceled. The Cavs will play in a Bay City Central tournament next Tuesday. – D.N.