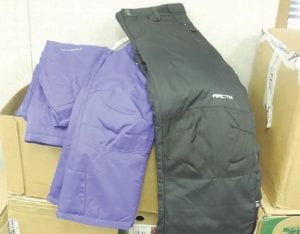 These children at Randels Elementary got a preview of winter gear available for students who need it, at all four C-A elementary schools. The children pictured are not necessarily those that will receive the free boots, snow pants and jackets being provided by Carman Cougar Charities.

FLINT TWP. — A child without snow boots or other winter gear cannot play outside during recess at school, nor make snow angels or enjoy many other winter activities. But that is less likely to happen to elementary school students at Carman-Ainsworth who will be properly outfitted for cold weather, thanks to Carman Cougars Charities Corp.

The third annual Keeping Kids Warm program is one of many funded by the non-profit group which was formed about three years ago by alumni of the former Carman High School.

After holding an all-class reunion (1968 to 1986) in 2014, several Carman alumni decided to evolve into a support group for current C-A students.

“We all had such a great education at Carman, we wanted to give back,’’ said Joanne Kipp, chairperson of the Keeping Kids Warm committee.

A retired C-A kindergarten teacher, Kipp knew exactly what children needed. “Elementary school children love to roll around in the snow,” Kipp said. “They come in (from recess) soaking wet.” But some children were not allowed to go out for recess because they did not have snow gear, she said. 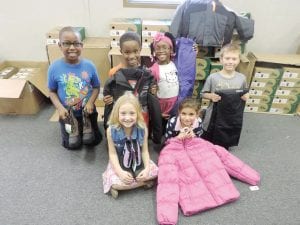 Kipp estimated that about 300 children will be helped this year. Distribution is handled privately by school counselors.

Kipp handles the purchasing and organizing of the clothing, which is paid for with proceeds from the group’s annual golf outing. This year, the golf outing in August raised more money than ever before which made a bigger budget for purchasing items.

Last year, Kipp bought the clothing at Costco. But this year thanks to assistance from a Cougar board member who works for Kroger, Kipp got an even bigger discount at Kroger Marketplace, a prototype store in Shelby Township, that sells a lot more than food. Kipp estimated that she spent $7000 -8000 on clothing this year. 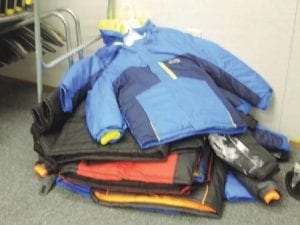 With help from other Cougar alumni, she spent Tuesday morning this week getting the clothing out of storage and delivering the boxes to the four C-A elementary schools — Dye, Randels, Rankin and Dillon.

The items are delivered to school counselors who work with teachers to determine which children need them. There should be more than enough to go around, Kipp said, adding that the schools work together on exchanging sizes or whatever supplies one has that another needs. 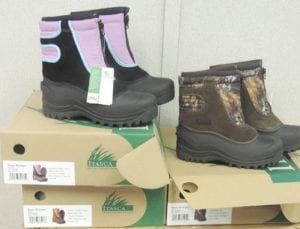