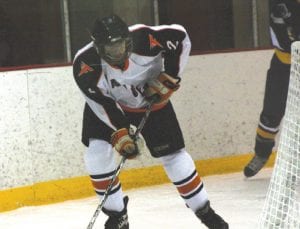 FLINT — Matt Nagy and the Flushing/Carman-Ainsworth hockey team have had a bit of a struggle getting some on-ice action in recent weeks. Last week’s game against Swartz Creek/Clio was postponed due to the death of a Flushing student. The game will be rescheduled for Monday, Jan. 30. Saturday’s game at Mt. Pleasant was canceled after the Mt. Pleasant school district had a severe flu outbreak last week, forcing them to shut down all school buildings for several days. — B.P.

The Cavaliers were led by Kassidy Lord, who posted scores of 191 and 183. Kenzey Lord added a 203 and Quinisha Burnett bowled a 184.

Carman-Ainsworth will bowl in the Flint Metro Bowling Conference Championship this Sunday at Richfield Lanes. — D.N.