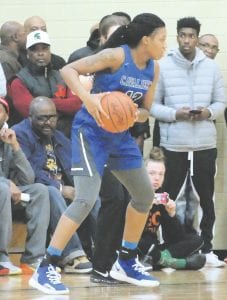 FLINT TWP. — Chenelle King led Carman-Ainsworth with 20 points and eight rebounds in the Lady Cavs second meeting with Davison this season. Carman-Ainsworth won the makeup game 53-44 after being postponed last week due to weather.

The Lady Cavs flexed their muscle early outscoring Powers 10-7 in the first and 19-12 in the second. The momentum remained in Carman-Ainsworth’s favor after a 13-3 third and 10-3 fourth quarter.

Strother led with 24 points, Jessiana Aaron had 11 and Arie Lewis, 10.

Strother led with 21 points and Palmer added nine. All players scored for Carman-Ainsworth.