Cavaliers back on track after falling to Grand Blanc 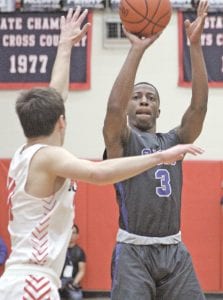 The Cavaliers jumped out to a 14-10 lead after the first quarter that ballooned to a 30-18 advantage by halftime. Carman-Ainsworth outscored the Dragons 20-14 in the third and 19-16 in the fourth to seal the victory.

On Monday afternoon, Carman- Ainsworth finished the second half of Dec. 13’s game against Grand Blanc, losing 72-62. Due to a gun incident, the game was originally suspended at halftime earlier this season with Carman- Ainsworth holding onto a 37-35 lead. On Monday, Grand Blanc outscored the Cavs 22-14 in the third quarter and 15-11 in the fourth to claim the win.