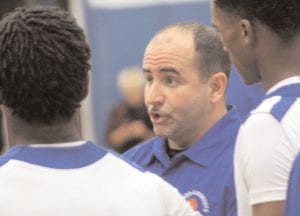 FLINT TWP. — A visit from Flint Metro League rival Lapeer East last Friday looked like it was going to be close throughout for the Carman-Ainsworth varsity boys’ basketball team until Cameron Morse stepped up and helped guide his team to a 66-37 non-conference victory.

The Cavs were up 28-22 at the end of the first quarter and then both teams went scoreless in the second. What that set the stage for was runs of 18-11 in the third and 20-4 in the fourth for Carman-Ainsworth that turned out to be the difference in the game.

Morse set the scene by scoring the initial basket of the third to put the Cavs up 30-22. He then grabbed a pair of rebounds and hit a threepointer that gave Carman-Ainsworth a 10-point lead prior to making a steal and connecting on a field goal that made it a 46-33 game heading into the fourth.

During the final session Morse continued to dominate defensively with strong rebounding that he complimented with a steal and several assists, until coach Jay Witham pulled all five of his starters, that is. That, in turn, gave players like Demarion Allen and Jarell Giles a chance to shine and they were more than eager to take advantage for the Cavs. 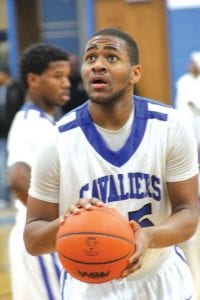 Morse ended up with a game-high 25 points, nine rebounds, seven steals and four assists while Brandon Walker turned out to be the other key to this puzzle for Carman- Ainsworth with 15 points, seven steals, five boards and one assist. Ja’Quin Jones also came through for the Cavs with six points and three rebounds, Brennen Gleason and Simeon Kemp each scored four with a combined two steals and one rebound and adding five points and two boards to the cause was Allen. Raphael Leep scored three and Giles and Connor Storms had two points apiece for Carman-Ainsworth.

In a Saginaw Valley League-South contest at home on Tuesday, Carman-Ainsworth defeated Flint Southwestern, 72-63. The difference for the Cavs was outscoring their guests, 42-28, in the third and fourth quarter, as Morse came through with a 35-point performance.

Carman-Ainsworth has a SVLSouth game at Flushing tomorrow.