Cavaliers blanked by Lapeer in soccer 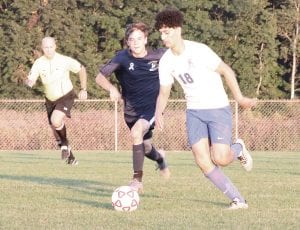 LAPEER – Carman-Ainsworth soccer was handed a 7-0 shutout at Lapeer on Monday.

Carman-Ainsworth hosted the Cavalier Classic on Saturday where it beat Birch Run 1-0 in a shootout to win the championship. Brijesh Kumar and Darwin Bostwick combined for the win in net.

The Cavaliers opened with a 2-1 shoot-out win over Clio. Mory Diao had one goal. Bostwick was in net for the win with six saves.

Carman-Ainsworth, 5-8, is at Bay City Western on Saturday.