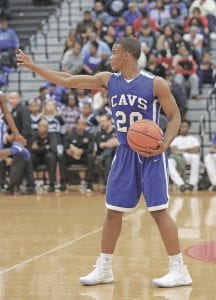 FLINT TWP. – Carman-Ainsworth jumped out to a 15-2 lead after one and went on to defeat Lapeer 72-40 Tuesday.

The Cavaliers outscored Lapeer 15-9 in the second period and used constant pressure to force the Lightning into 22 turnovers for the game.

The Cavaliers eventually wore Lapeer down in the second half. Carman-Ainsworth outscored the Lightning 19-14 in the third and 23-15 in the fourth.

Carman-Ainsworth held Lapeer to 1-of-16 shooting in the first quarter. The Cavaliers had three players in double figures.