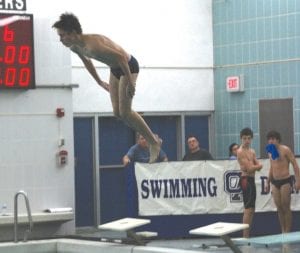 FLINT TWP. — In the wake of the Carman-Ainsworth varsity boys’ swim team just barely getting edged out in non-conference competition by Flint Metro League rival Fenton, 96-90, on Dec. 13 and losing at home to Brighton on Monday, the squad is taking the rest of 2011 to rest and recharge its collective battery. The Cavaliers will return to the pool on Jan. 5 hosting Flint Metro League rival Lapeer West, on Jan. 7 Carman-Ainsworth is at the Saginaw Heritage Relays and on Jan. 12 the team begins Big Nine competition when Davison comes to town.

Highlights from the current season for the Cavliers include placing sixth with a score of 243 at the 15-team Tiger Relays, which was won by Ann Arbor Skyline with 385 points, and on Dec. 3 Carman-Ainsworth/Flushing started the season at the 15-team Fenton Relays by placing sixth with 243 points behind Ann Arbor Skyline with 385, Hartland at 340, Howell with 308, Fenton at 258 and Haslett-A with 245. 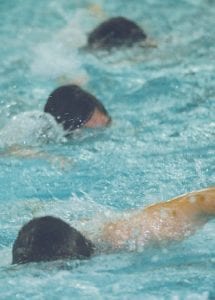 The Cavaliers hit the pool for practice during the holiday break.